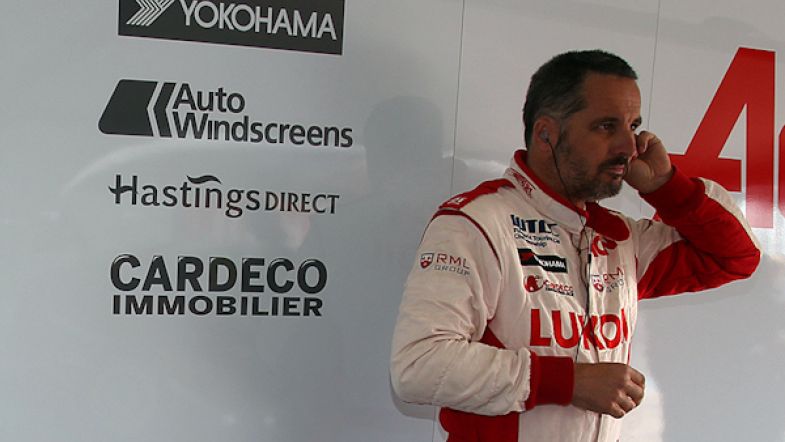 Citroën sign Yvan Muller for a two-year deal in WTCC

Citroën Racing have today announced that three-time WTCC champion Yvan Muller will race for the team alongside nine-time WRC champion Sébastien Loeb in the 2014 season, at the wheel at one of the team’s all new C-Elysée cars.

After a successful test with the team last week, the Frenchman, who is a sure bet to become the first four-time WTCC champion this year after a dominant season with the RML Chevrolet team, has signed to drive for a French manufacturer for the first time in his professional touring car career.

“Throughout its history, be it in cross-country rallies or WRC, Citroën Racing has always sought to recruit the best drivers,” said Citroën Racing team principal Yves Matton.

“We have set ambitious goals for our new challenge in WTCC, and the arrival of a driver as experienced as Yvan will help us to make rapid progress. He has shown this season that he is at the peak of his powers and that his thirst for wins has never been greater. He will also be an excellent point of reference for Sébastien Loeb. The two men are from the same region and have known each other for a long time. Their mutual respect will create a natural cohesion within the team.”

Muller, who has raced for SEAT and Chevrolet since joining the WTCC, will race for his third different manufacturer with Citroën and the fifth of his racing career after having raced for Audi and Vauxhall in the Super Tourenwagen Cup and British Touring Car Championship before joining the WTCC in 2006.

“It will be a real honour to represent Citroën Racing from 2014,” said Muller.

“As a rally fan, I have always followed Citroën and Seb’s victorious seasons in WRC with interest. It’s fantastic that a brand with such a terrific record is getting involved in a category where it still has everything to learn. This isn’t the first time I have joined a team that doesn’t have a lot of experience in the discipline it is racing in. It’s nice to be able to go beyond my role as a driver by offering the benefit of my knowledge and making an active contribution to building a successful team.”