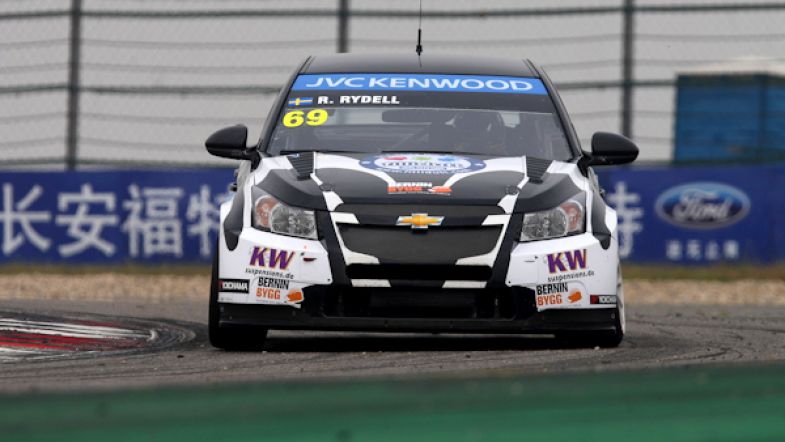 Yukinori Taniguchi will defend his 17 point lead in the Eurosport Asia Trophy at Macau, driving for his third different team in three races by joining Nika Racing for the season finale in the Special Administrative Region of China.

Taniguchi joined Wiechers-Sport as a stand-in for Fredy Barth at his home race in Suzuka, driving the team’s BMW 320 TC, and with two second place finishes in class, he left the race with the lead for the new-for-2013 Asia Trophy. The 45-year-old then switched to the vacant third SEAT León WTCC of Campos Racing at Shanghai, taking two class wins to extend his lead to 17 points with just 20 remaining.

Mathematically only China Dragon Racing’s Filipe de Souza can stop Taniguchi from winning the title at Macau, but now the Japanese driver has landed himself the most competitive package on the grid, driving Nika Racing’s Chevrolet Cruze 1.6T for the Macau finale, a car which he is very familiar with after racing the same car in the 2011 season for bamboo-engineering.

Fellow countryman Hiroki Yoshimoto was scheduled to drive Nika’s Chevrolet at the Macau finale, but due to other commitments he wasn’t able to take part in the Shanghai event, and is now out of contention for the Asia Trophy title.

The third Campos Racing SEAT is listed on the entry list as TBA, after André Couto’s switch to the Audi R8 LMS Cup which takes place this weekend. The Macanese driver has qualified on the front row behind DTM driver and two-time Macau F3 winner Edoardo Mortara for the race.