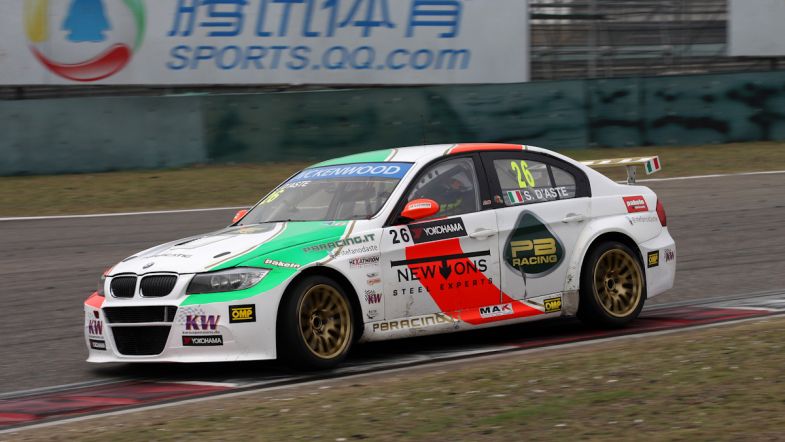 Italian driver Stefano D’Aste has ruled out a return in this year’s FIA World Touring Car Championship due to the current costs of TC1, and the uncompetitive nature of TC2, and will instead race in the European GT4 series this year.

The 39-year-old established his own team in 2013 and ran a single BMW 320 TC, finishing fifth in the Yokohama Drivers’ Trophy, following on from a strong 2012 season where he took two overall victories with Wiechers-Sport.

The 2007 Yokohama Trophy champion has competed in at least one round of every season since the WTCC began in 2005, but says he won’t be on the grid this year, with no interest in competing in the TC2 class for older cars, and no budget to be able to afford the newer TC1 class cars.

“In TC2, the cars are going to be about four or five seconds a lap slower,” said D’Aste to TouringCarTimes. “They say it’s like CRT (Claiming Rule Teams) in MotoGP, but they’re only one second a lap slower.”

D’Aste returns to the European GT4, a championship he was leading when he competed in 2011, his last season away from WTCC where he drove only at Porto, until late season restrictions hampered his progress in the Lotus Evora GT4, run by Scuderia Giudici.

“This year I’ll drive in GT4, and we’ll run two cars,” he said. “The (BMW) is for sale, I’ve had some interest from Asia, and also it could be run in the ETCC this year.”

D’Aste is not the only driver to rule out interest in the TC2 class, with Fredy Barth and Darryl O’Young among the drivers who’ve indicated they’ll prefer to wait out 2014 until more TC1 cars become available in 2015, with Barth focussing on the Emil Frey Jaguar GT project and O’Young also set to do more sports car outings.

The likelihood is that the TC2 class will attract newcomers to the Championship chasing experience with existing teams such as Campos, Engstler & Wiechers-Sport, who’ve said they plan to field cars in the category this season.