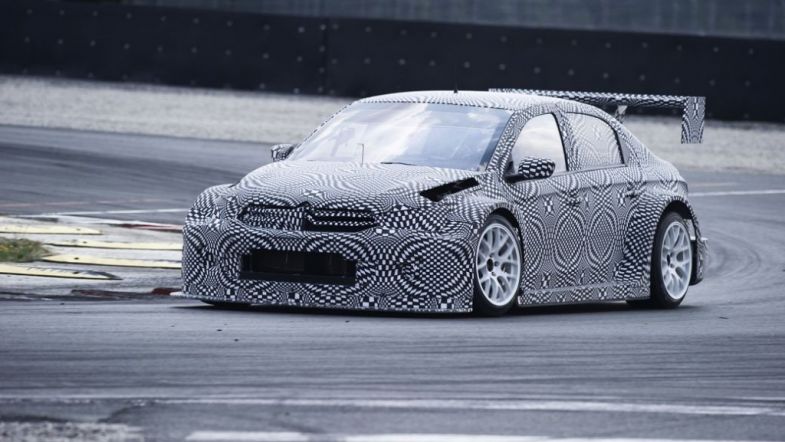 Citroën’s extensive test programme of the new C-Elysée model continues ahead of the season start at Marrakech on April 12-13th.
”We have been to the Hungaroring and Monza, two tracks that couldn’t be more different. At the start of the year, our partner Abu Dhabi gave us the opportunity to run at Yas Marina. We took advantage of warmer temperatures than in Europe, but we also had rain!” said Xavier Mestelan-Pinon, Citroën Racing Deputy Team Principal and Technical Director.

The work ahead of the 2014 FIA World Touring Car Championship started more than a year ago when Citroën converted a WRC car.
”During the 2012 winter, we transformed a DS3 WRC into a laboratory vehicle, in order to answer questions we had about the workings of a touring car. This preliminary work allowed us to be more efficient during the conception of the C-Elysée WTCC, which ran for the first time in mid-July, 2013,” said Mestelan-Pinon.

Compared to the rival teams of Honda, Lada and RML, Citroën are far progressed with the development work of the C-Elysée.
”Up until the end of last year, we improved the reliability and performance of the C-Elysée WTCC with the introduction of new parts. Since the start of the year, the technical definition is nearly complete and we are now concentrating on how far it can be exploited. Gains are made in working on the set-up, the tyres and the use of the car by the driver,” said Mestelan-Pinon.

Experienced WTCC racer and champion Yvan Muller has been an important part of the development process. But despite experience of the Frenchman, the TC1 regulations are new to everyone.
“With the new FIA WTCC technical regulations, all the parameters change. The 2014 cars are larger, lighter and more powerful… Even a driver as experienced as Yvan Muller lacks reference points! We obviously saw the importance of aerodynamics, but we had no idea just how important it is. We worked a lot in this area, with the use of the CFD, then a few trips to the wind tunnel. The final package has not yet been seen on track, we won’t show it until our last test before the start of the season,” said Mestelan-Pinon. 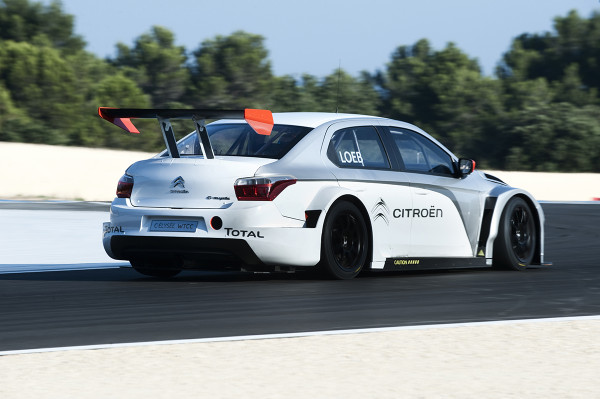 While Citroën might be ahead of the other WTCC teams in terms of time, their experience of developing racing cars is limited.
”We began to define the geometry by beginning with what we knew best, the Xsara Kit-Car, a front-wheel drive (rally car) built for the asphalt. In so far as the speed or the obstacles faced by the two cars are very different, we struggled a little before reaching the required efficiency and reliability. As for the motor, our job was easier. The engine of the C-Elysée WTCC is an evolution of what was conceived for the DS3 WRC and which was used for the fourth season in rally. Certain technologies, like ‘fresh air’, are not as sensitive in circuit racing and we quickly obtained a satisfying result. Even with the extra 50 horsepower, we haven’t experienced any major reliability problems,” said Mestelan-Pinon.

With less than three months left until the season start, the Citroën team has got three more tests planned.
”We have three more tests scheduled before the start of the championship. At one of them, we will run two C-Elysée WTCCs to log a maximum amount of experience – most notably in the area of tyres – and to run Seb, José-María and Yvan. These tests will also allow our driver-engineer duos to cement their relationships. We will also look to validate our work methods, our equipment and everything specific to the category,” said Mestelan-Pinon.

The Citroën C-Elysée is scheduled to be homologated by the FIA in mid-March, after which only limited changes are allowed.
”After this stage, a certain number of components will be frozen and we will be able to make changes using wildcards, according to the system we know very well from rally. Beyond these regulations, we look to prepare a car that is competitive and reliable from the first race. In eleven weeks, we will run the 7 European rounds of the season. We must be ready at Marrakech!” said Mestelan-Pinon.