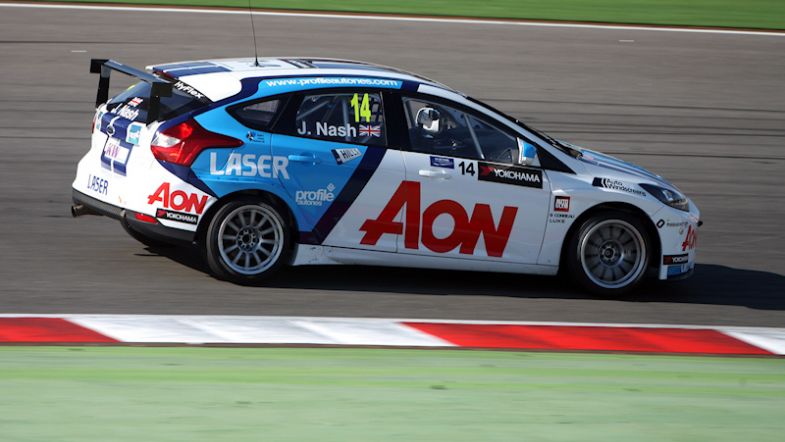 Onyx programme stalled due to no support from Ford

Onyx Race Engineering’s plan to enter this year’s FIA World Touring Car Championship has been abandoned, due to the refusal from Ford to support the homologation of the team’s planned car, the Ford Fiesta saloon.

The WTCC’s new Motorsport Director, Francois Ribeiro, confirmed to Motor Y Racing that Ford wouldn’t provide the necessary homologation for the team to compete this season, with a car which would have raced with an evolution of the Mountune-built engine they used in 2012, which has continued to be used in the China Touring Car Championship.

“Onyx has been working hard to produce a complete programme for the WTCC this year, but found several problems, especially in the aspect of approval,” said Ribeiro.

The team, run by Mike Earle, the former team principal of Arena Motorsport, now Onyx Race Engineering, which bears the name of his 80s Formula 1 team, will have to reassess its plans which may involve working with another manufacturer or another championship.

All cars need to be homologated by the manufacturer to compete in the WTCC, the only exception in recent years was the SUNRED SR León in 2011, which ran with a non-SEAT approved engine and competed under national homologation.

RML have built six Chevrolet Cruzes for the 2014 season, and though Chevrolet no longer have any financial input into the Championship, they have still supported the homologation of the Chevrolet RML Cruze TC1.

Arena did have support from Ford during the 2012 season, despite operating as a chiefly independent team with the majority of the budget coming from Aon. Arena had been working with the Ford marque since the 2009 British Touring Car Championship season, after previously running the works Honda team in the BTCC and also on MG’s aborted DTM programme.

TouringCarTimes understands that Colin Turkington and Pepe Oriola were on Onyx’s list to drive this season. When it seemed apparent that the Onyx programme was to be delayed, Turkington took up the option to remain in the BTCC with West Surrey Racing, while Oriola has still been attached with the programme until recently.

The car would have been a Ford Fiesta saloon, based on the model which is sold in North America, a departure from the Ford Focus that the team previously entered in both the BTCC and WTCC.