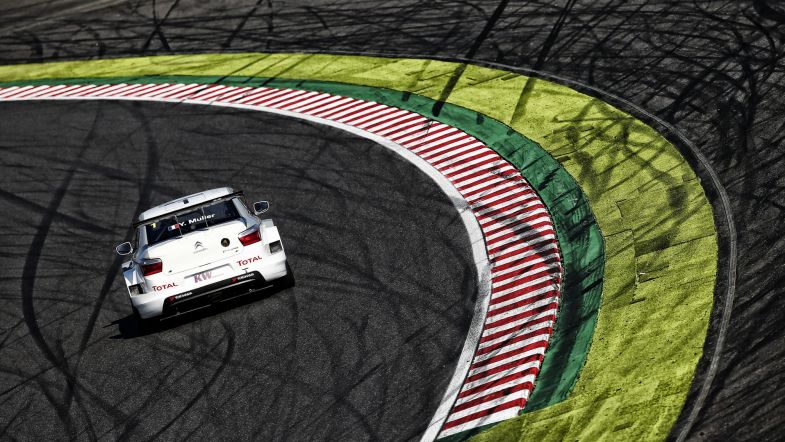 Yvan Muller led the way again for Citroën in Free Practice 2 at Suzuka, as the Frenchman made a late improvement to demote Gianni Morbidelli, who came second in his Münnich Motorsport Chevrolet RML Cruze. The Italian was ahead of Sébastien Loeb, who improved a lot on the first practice and led the way for much of the session.

The session started with a big moment for Dusan Borkovic, as the Serbian suffered from a massive oversteer and hit the inside wall at Turn 8. The Chevrolet was not able to take further part to the track due to the damage.

Norbert Michelisz set the early pace for Honda, but the Hungarian was demoted by José María López 10 minutes into the session. The Citroën driver went down to second when team-mate Sébastien Loeb climbed up into the lead.

In the dying moments of the session a surprising Gianni Morbidelli went on to take the lead, only to be demoted by Yvan Muller who confirmed himself as the quickest around the Suzuka Grand Prix layout. Sébastien Loeb led Honda’s Tiago Monteiro, with championship leader José María López just behind him.

Gabriele Tarquini came home sixth ahead of ROAL Motorsport’s Tom Chilton, with team-mate Tom Coronel just behind him. Norbert Michelisz was not able to improve on his early pace and emerged as ninth fastest ahead of Lada’s Rob Huff.

Campos Racing’s Hugo Valente had a big moment at the very same spot as team-mate Dusan Borkovic, although the Frenchman was able to avoid any damage to his Chevrolet RML Cruze. The track was yellow-flagged for several minutes as the officials recovered Henry Kwong’s SEAT after the Hong Kong driver suffered from a mechanical failure.

Qualifying is scheduled for 15.30 local time.