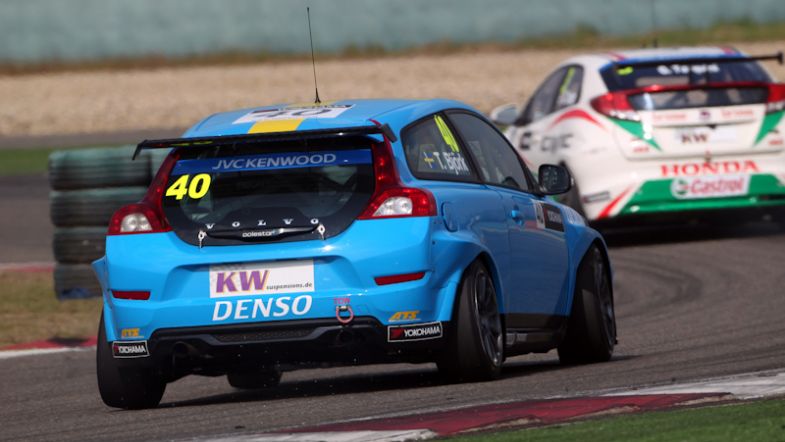 Volvo are believed to be ready to launch a programme joining the FIA World Touring Car Championship in 2016, with a car hotly anticipated to be entered in the final rounds of the 2015 season in order to prepare for the assault.

The Swedish manufacturer embarked on an ‘evaluation season’ in 2011 with an upgraded STCC-specification Volvo C30 for Robert Dahlgren, introducing their new engine in Brno in the Czech Republic, but ultimately stepped back from launching a full programme at the time.

The team returned and fielded the same car for three-time STCC champion Thed Björk in Shanghai last season and were immediately on the pace against the RML Chevrolets and Hondas which were the pace-setters at the tail end of 2013.

“I was surprised about the performance that weekend actually because we’d been away for quite a while and hadn’t done any updates,” said Volvo Polestar Racing Team Principal Christian Dahl to TouringCarTimes. “It was quite a good weekend and it was basically done as to respect contracts with our partners as we’re supposed to do one race a year, but looking into the future, I think we need a global platform or an international platform to build the credibility for the performance car, and the best championship for that is the World Touring Cars. I think the new regulations are really good, and the global footprint is really good.”

With Citroën having dominated this season with a high-cost, high-development programme, and with an all-star driver line-up including Argentinian touring car star José María López, four-time champion Yvan Muller and rally legend Sébastien Loeb, the targets have been set very high for any new manufacturer joining the series, but Dahl believes they can be caught.

“I don’t know if it’s massively more money, but I think compared to the other (manufacturers) they’ve certainly done a really good job,” he said. “I think I’d be more afraid of Ray Mallock Ltd. If they came back with a manufacturer than I am of Citroën. I think RML have done a really good job with the Chevy, but of course at the moment Citroën is playing with everyone else, but I think they can be caught if everyone gets their act together.”

Expectations are within the paddock that Volvo will field a car for the Asian flyaway portion of 2015, just as Honda did in 2012 with Tiago Monteiro, before returning with a full-time programme in 2016. Of Volvo Polestar’s drivers, just Robert Dahlgren is under contract for next season.