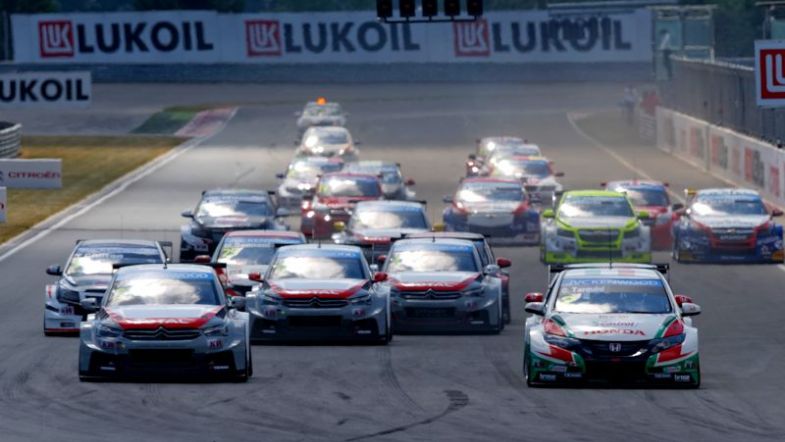 The FIA World Motor Sport Council has confirmed details of the 2015 FIA World Touring Car Championship calendar today, which starts in Termas de Río Hondo in Argentina in March, and it set to end at Losail in Qatar in November, replacing the traditional finale at the Macau Grand Prix.

The championship will commence in Argentina, the home country of current champion José María López on March 8th, with the Championship heading to the Termas de Río Hondo circuit for a third consecutive year.

In order to allow the teams to have the most amount of time possible to test their existing cars, or in the case of Lada, to develop their all new cars for next season, as well as to allow the privateer teams to finalise their budgets, the cars will be air freighted to Termas at the end of February or early March.

The Championship will then visit the Marrakech street circuit on 19th April, which held this year’s opening round, before heading to the Hungaroring in May, and then supporting the famous Nürburgring 24 Hour race on May 16th in a special format event, which is set to be a pair of back-to-back races.

Then the WTCC will go to the Moscow Raceway, the Slovakiaring and the recently confirmed Vila Real circuit in Portugal throughout June and July, ending the European leg of the season.

There will then be a two month break before resuming on September 13th in Japan, switching from Suzuka to Motegi. The WTCC raced at Suzuka this season using the full circuit for the first time, but has previously raced at both the Suzuka East layout and at the Okayama circuit in previous years.

The Championship’s only visit to China follows on September 27th at the Shanghai International Circuit, with November 1st seeing the WTCC visit Thailand for the first time at the Buriram circuit.

The season finale is scheduled for November 22nd with the WTCC’s first night race at Losail in Qatar, scheduled against the Macau Grand Prix which has hosted the season finale for the last ten years. This is subject to the event promotion agreement, as is the Slovakiaring date.

The events which have made way for races in Thailand, Qatar, Portugal and Germany are effectively the rounds that were held at Salzburgring, Austria; Spa-Francorchamps, Belgium, Beijing, China & the Guia Race of Macau in 2014, with Suzuka in Japan making way for Motegi.

Spa therefore disappears after just one year back on the calendar, following a nine-year absence, while Austria makes way after a three year stint for a return to neighboring Germany. Beijing was a late addition in 2014, replacing the cancelled round at Sonoma Raceway, USA, with neither returning for 2015.

* Subject to agreement from the promoter