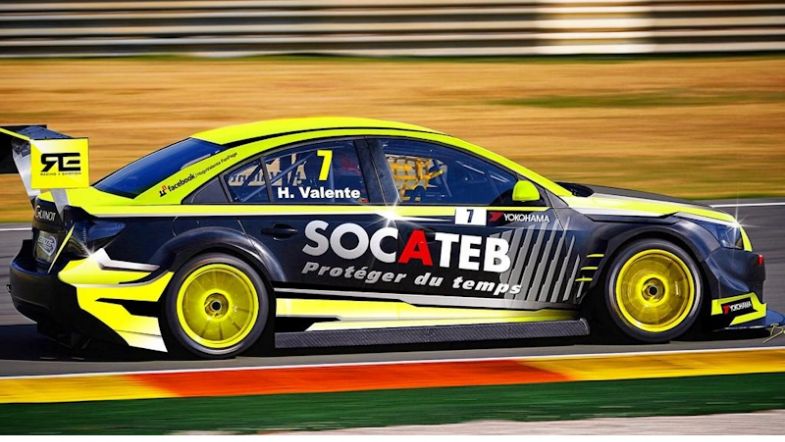 Hugo Valente back with Campos Racing for 2015

French driver Hugo Valente will return for another full season in the FIA World Touring Car Championship in 2015, driving again with Campos Racing in the Chevrolet RML Cruze TC1.

The 22-year-old driver, who finished on the podium three times in 2014, and led the way in Moscow until a penalty for not having his wheels fitted at the five minute signal due to a last minute repair between races, will be back for his fourth season in the Championship, after first making his debut with SUNRED Engineering in Shanghai in 2012.

Speaking to TouringCarTimes last month, Valente confirmed his goal is to remain in the WTCC as a privateer for 2015, and is targeting being chosen to drive for a manufacturer team when more are expected to join the Championship in 2016.

Along with the announcement, the livery for Valente’s Chevrolet Cruze has also been revealed, featuring more black than the 2014 design, which was predominantly white and yellow.

Valente is the first driver to be confirmed at any of the Chevrolet-equipped privateer teams. Dusan Borkovic is expected to return with the team as his team-mate, while ROAL Motorsport are set to field both Tom Chilton and Tom Coronel again in 2015.

Münnich Motorsport are also likely to return, but could reduce to one car for just team owner/driver René Münnich, potentially leaving one car available to be picked up by another team to run.