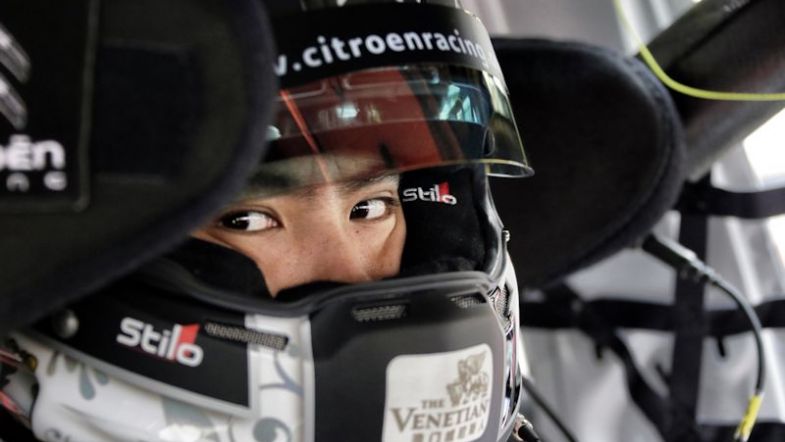 Chinese driver Ma Qing Hua will compete in every round of the 2015 FIA World Touring Car Championship, joining José María López, Yvan Muller and Sébastien Loeb at the factory squad.

Ma, who had previously been linked with driving a second car entered by the privateer Sébastien Loeb Racing squad, will now instead continue with the works team, with which he raced five times last season, taking victory in the second race at the Moscow Raceway in the #33 Citroën C-Elysée WTCC, becoming the first Chinese driver to win a FIA World Championship event.

“Last season, we tested lots of drivers to find one that had the potential to shine at the wheel of a Citroën C-Elysée WTCC in the FIA WTCC,” said team principal Yves Matton. “Our decision to go with Ma Qinq Hua was vindicated in his second race, in Russia, which he won. We hope to build on the experience he has gleaned from his first five meetings with a full racing programme in 2015.”

Ma Qing Hua added: “I’m really happy to be carrying on with Citroën. As soon as I arrived in the team, I felt like part of a family. I have learnt a huge amount with Citroën Racing and through the other drivers. Competing in every round of the championship marks a new stage in my career. I know that Citroën are counting on me, and I promise to give it my all.”