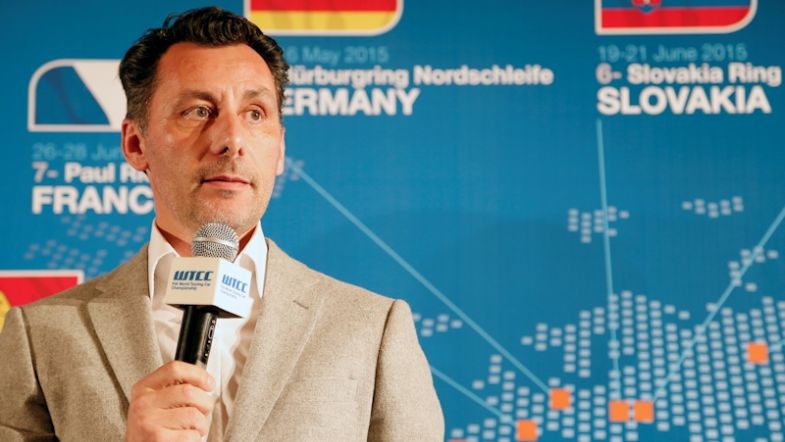 WTCC boss expects closer fight between the manufacturers this year

After a year where the story was all about Citroën in terms of the championship, even though Lada, Honda and Chevrolet all grabbed key victories later in the season, WTCC General Manager Francois Ribeiro expects that after a bedding-in year for the new rules, the fight will be much closer between the teams in 2015.

Citroën dominated from the outset last year after getting the development jump on their rivals with the new-for-2014 TC1 rules, winning all but one race during the European leg of the season, before Honda and Lada grabbed two wins at the tail end of the season, and ROAL Motorsport’s Tom Chilton claimed the only non-Citroën race one (non-reversed grid) victory at the Beijing Goldenport circuit.

“Honda were very unfortunate when they crashed Tarquini’s car in Marrakech; that prevented them from using that car as a test car so they loss three or four months (of development) with the time to build a new car,” said Ribeiro to TouringCarTimes.

“This year they’ve already done a lot more testing. They’ve even built another car which has been sent to Japan to go in the wind tunnel, I think that’s the first time they’ve had the chance to use the Honda Formula 1 facilities.

“Last year (what happened was) obvious; Citroën had seven months more development than anybody else, but this year I’m very curious, not so much from the (Barcelona) test as I don’t think we’ll see too much from that, but to see in Q2 in Argentina, the gap between the Citroën and the Hondas.” 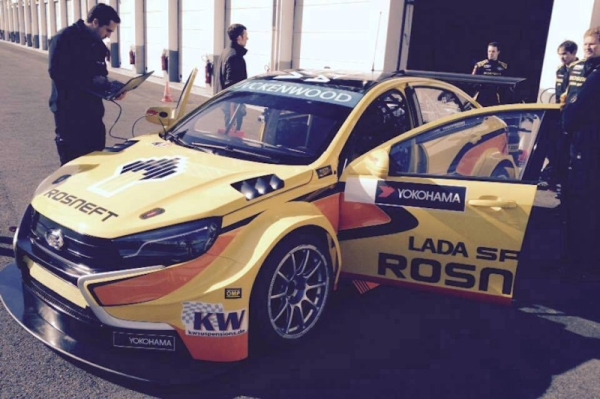 The dark horse of the season will be the new Lada Vesta, testing privately at their base in Magny-Cours, and now running with backing from Russia’s state-owned oil giant Rosneft. This year’s car has been almost completely handled by the experienced ORECA racing firm, which took Yvan Muller to his 2008 title with SEAT.

“I had a meeting with the new president of Lada, Bo Andersson, at the Moscow WTCC event in June (2014) and I told him openly are you sure the very Russian way the WTCC programme is run is the best way?” explained Ribeiro.

“I said as you are going into a complete brand transformation, when you see the new Vesta and the design of the coming Ladas, why is it so important to have that ‘made in Russia’ (tag) for motorsport? Because it’s not at the level of the WTCC. You should invest more money, but invest rightly, but I’m sorry, the racing competitors are in western Europe. Whether you pick a British racing team or a French, Italian, German, I don’t care, but if you want to compete, you have to forget that ‘made in Russia’.

“At the end of the day the viewers will see a Lada car and you want that Lada car to be racing at the front of the pack. Two weeks following that meeting, they took the decision to give everything to ORECA. Design, testing, building, development, homologation. It’s 95% a ORECA car.”

The new Vesta will not actually be available for sale until later this year, which means the first Vestas the world will see will be the cars that Lada Sport Rosneft take to the track. Without a complete production run in place, Ribeiro confirms that for FIA homologation purposes, the plans for the road-going Vesta have been used to complete the necessary red tape.

“It’s a mass market car and they showed the production plan to build the car and the FIA judged that was enough to homologate the car,” explained Ribeiro. “I believe the homologation went pretty smoothly actually. Since ORECA was involved in the design, the dialogue with the FIA technical department was much easier.”