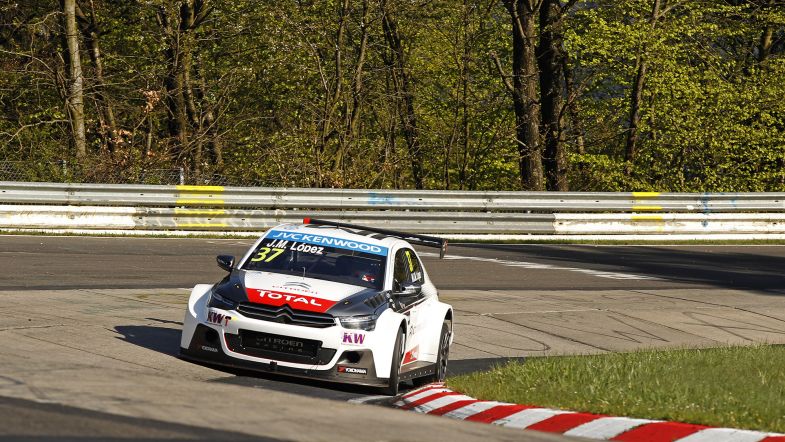 Ma Qing Hua was second fastest in the morning session but dropped one position to third in the afternoon, 3.4 seconds from López, still making it a Citroën 1-2-3.

Gabriele Tarquini was fastest of the non-Citroën drivers in fourth position for Honda, completing 13 laps and was 4.7 seconds slower than López around the 25 kilometer circuit.

Yvan Muller made it four Citroëns in the top five, with Hugo Valente as the fastest Chevrolet driver in sixth position. Tom Chilton and Tiago Monteiro rounded off the top eight, with James Thompson as the top Lada driver in ninth position, over 11 seconds from the top time.

The WTCC race at the Nürburgring Nordschleife takes place on May 15-16th.