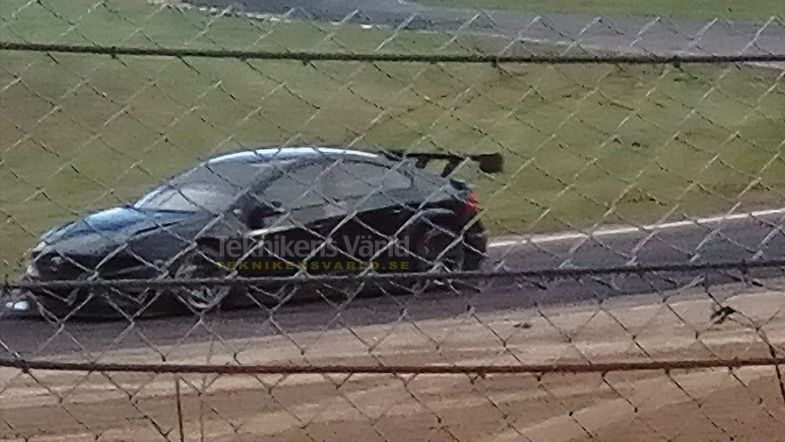 A spy shot of a Volvo touring car, potentially the highly anticipated WTCC challenger from the Swedish manufacturer, has been photographed testing at the Mantorp Park circuit near Stockholm.

Volvo have still not confirmed any programmes outside of their Scandinavian and Australian championships next season, but it’s strongly believed that Volvo, via their performance brand Polestar and racing partner Cyan Racing (formerly Polestar Racing), will join the WTCC as the fourth manufacturer entry alongside Citroën, Honda and Lada.

The spy shot, which shows a car with a TC1 style rear wing and carbon fibre lip showing the front of the flat floor, is of an S60, Volvo’s chosen model to race in the STCC and V8 Supercars Championship, and not the smaller but less aerodynamically efficient V40.

If Volvo were to enter the WTCC with an S60, it would leave Honda as the only manufacturer competing with a two-box hatchback style car.

Volvo are understood to be planning to announce their 2016 plans on October 13th.