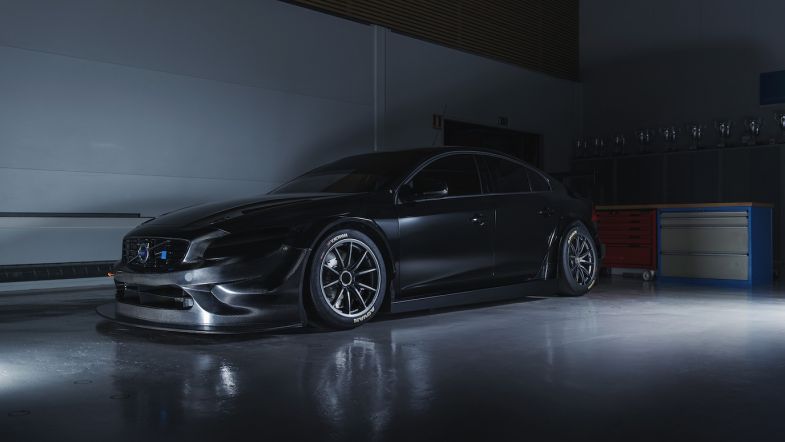 Christian Dahl: “WTCC is the ideal platform for manufacturers”

Volvo have announced today their return in the FIA World Touring Car Championship. The Swedish manufacturer had last competed in 2011 for an evaluation season, after which the project was halted.

TouringCarTimes spoke to Cyan Racing CEO Christian Dahl to talk about the roots of this decision, which actually lie within that evaluation season, despite it being discontinued at the end of that year.

“At the time we did the evaluation season the ownership at Volvo was changing, as well as the new regulations coming in, so we stopped that programme,” said Dahl. “Very soon after that, though, as early as 2013, we started looking back into a WTCC project and by May this year we were testing already. We wanted to come back, it was just a matter of things coming together at the right time.”

Christian Dahl praised the new regulations, saying they provided the perfect platform for Volvo to enter: “With these rules you don’t need to have a car that fits into the regulations, you have enough freedom to choose from the different models you have, which is crucial for a manufacturer like Volvo. We have continuity with the S60 model in all of our motorsport operations, whereas we were almost forced into the C30 in the S2000 days.”

The Swede was quick to point out that a Citroën-style maiden season is not to be expected, despite the Volvo having been developed for quite a bit of time: “Citroën had the luxury to come in exactly when the new rules were introduced. We’ve seen in the past that the realistic pattern is to learn during the first year, and then go for podiums or race wins in the second. 2018 will be full attack to the championship title. That is part of the advantages of a multi-year programme. It looks like Citroën will be the target even then, because the gap from the second best car seems quite important still.”

When asked about it, Dahl said he feels hatchbacks will be less attractive for the WTCC in the future: “Honda run the Civic Type-R, but apart from them you can see that classic sedans keep coming in. It is also the best shape for the sake of the show and the looks of the cars, so the S60 was the way to go for us, like I said, also for the sake of continuity in our motorsport strategy.”

With the MAC3 challenge coming in, Volvo having two cars might be a problem, but Christian Dahl said the original plan, which was made in 2013, was always about two cars, and Cyan Racing stuck to it: “The change in the regulations has been very recent, but our plans included two cars in the first year. We surely have the prospect to expand, but for now we will stick to the two-car plan and focus on the developement. I think it is the right strategy, because you can always say that the more cars you have the quicker you learn, but truth is you also need to have resources and focus to give all of them full attention, so for now we are okay with two S60s, and then we will see. Of course in order to win you need more than two cars in my opinion.”

Talking about the impact the new manufacturer will have on the independents, Dahl was clear in saying that Volvo will still have control over who gets their cars and it will always be done with a view into helping the works team: “In every championship you develop a plan to have satellite teams. We will not sell cars for the sake of business because it will always cost too much, so we want to have competitive independents, a very good team and people who can help Volvo win, and we want to give them the best possible technical support. I think the outlook is three or four cars in the Volvo Cyan team and as many independent Volvos, but it’s too early to say precisely. We will see in the future.”

As for the drivers who will be behind the wheel of the two S60s, Dahl outlined two different strategies the team needs to choose from, admittedly also courtesy of Volvo not interfering with the choice: “To start with we have a very nice freedom of choice from Volvo, because normally a manufacturer will ask for a driver from a particular nation, but we don’t have this restriction, so it is completely up to us. We have a big decision to make, because we know there is a chemistry between our drivers and our team, so having a driver from the Cyan Racing family would be very good, but we are also aware that we could buy some experience from a driver who is already competing in the championship, and that is tempting as well. We have a decision to make and we want to think about it very carefully, because once we go for one way I want to stick with it, I don’t want to sack our Swedish driver for an experienced one, for instance. We will need a few more weeks, two or three I believe.”