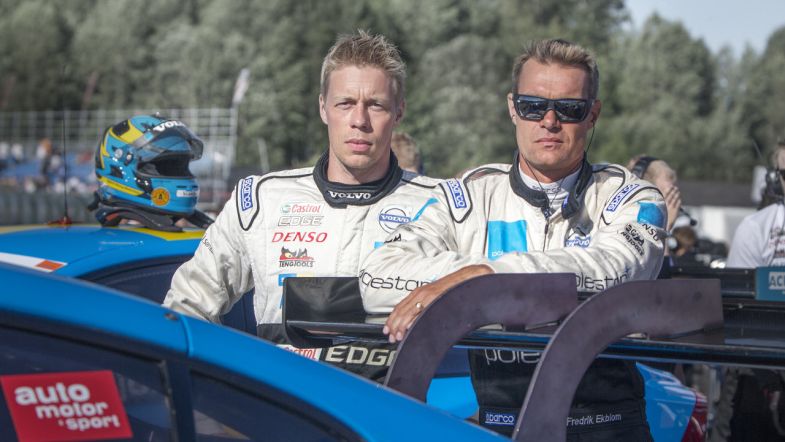 Thed Björk and Fredrik Ekblom confirmed as Volvo drivers for 2016

Polestar Cyan Racing have confirmed that Thed Björk and Fredrik Ekblom will be the team’s two drivers for their return to the World Touring Car Championship next season, driving the new Volvo S60 Polestar TC1.

Björk, who has raced once in the WTCC at Shanghai in 2013, and Ekblom, who drove six WTCC races for BMW Team UK in 2007, will be part of an all Swedish driver line-up for the team as they make their full-time return to the championship for the first time since 2011. Robert Dahlgren, who raced for the team in the WTCC during their only full season to date, will compete in the STCC and also work as a development driver for the new S60 Polestar TC1.

“We have an ideal line-up with Thed and Fredrik for the first year of our new WTCC assault,” said Alexander Murdzevski Schedvin, Head of Motorsport at Polestar. “Both are solid on outright speed, race craft and they are extremely well aligned in-between and with the engineering team regarding catching up with quickest in the championship,”

Björk, a four-time champion in the STCC, is relishing his new challenge in the WTCC.

”To begin a new chapter of racing with Polestar Cyan Racing and Sweden in a world championship is a dream come true,” he said. “This is the most excited and motivated I have been for a season in my entire career. I have no doubt we have what it takes to work our way to the top fight and the season start cannot come soon enough.”

Ekblom, three times a champion in the STCC and not only Björk’s team-mate but chief rival in recent years, is looking forward to his WTCC return, which is set to be at Sochi at the season’s opener in March.

“To race in the WTCC has been my goal ever since joining Polestar Cyan Racing in 2012 and I am proud to represent the team in a world championship,” said Ekblom. “We have an amazing journey ahead of us and I will put everything to it. While we have a lot of development work ahead of us to catch up with the front-runners, we will be pushing hard from the first race,” he added.

Polestar Cyan Racing have confirmed that both drivers have signed multi-year deals with the team.

”Thed and Fredrik are two of the very best touring car drivers in the world and they have achieved remarkable results for us in the past,” said Cyan Racing CEO Christian Dahl. “Both of them have played a vital part in the development of our new race car and I am keen to see them start our journey towards the top of the FIA World Touring Car Championship.”