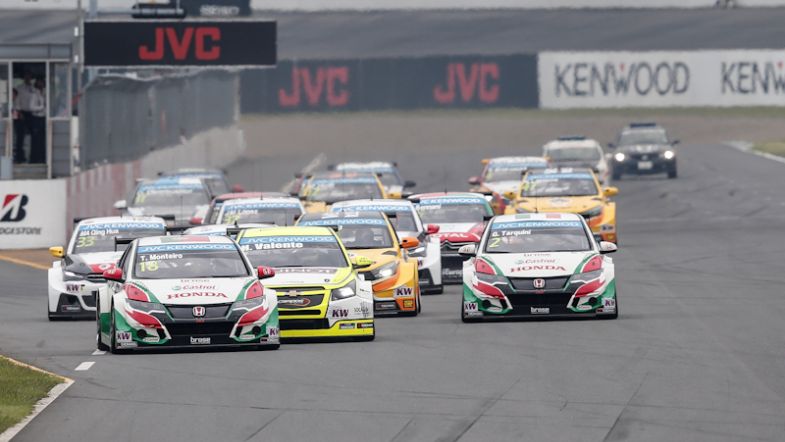 The World Touring Car Championship has revealed the entry list for the 2016 season at a press launch at the Vallelunga circuit in Italy, which features 20 cars for the 12th season of the championship.

Two-time manufacturers’ champions Citroën will field five cars in total, three of them with privateer team Sébastien Loeb Racing. Honda will be represented by six cars, three run by the JAS factory team, and three by independents, while Volvo Polestar will run two S60s, Lada will run their three Vestas, and the grid will completed by four privateer Chevrolets.

The new announcements include key changes with the Honda privateers, with Zengo Motorsport planning to run two Civic WTCCs this season, stepping up for the one they’ve run for Norbert Michelisz for the past three years. The team’s drivers will be announced at a later date, but are expected to be two Hungarians from Zengo’s young driver programme, which have been competing in ETCC and TCR in the past two years.

Swedish team Nika Racing are also on the entry list, following up their partial programme with the car last year. The team are going to enter 21-year-old Swede John Bryant-Meisner in their Honda Civic. Bryant-Meisner raced in the Asian Le Mans Series last season, and has experience in GP3 and Formula 3, but will be trying his hand at touring cars for the first time.

Rene Münnich will be back behind the wheel of his Chevrolet Cruze. The German was testing at the circuit earlier in the day, and will contest a partial programme due to clashes with his World Rallycross Championship campaign, but the car will be run in all events with substitutes still to be confirmed.

Campos Racing will field two Chevrolet Cruzes this year, with John Filippi again racing for the team, while the team’s second driver is still TBA.

All of the factory drivers for the championship have already been confirmed, with two-time champion José María López back with the factory Citroën team in their final season, with four-time champion Yvan Muller alongside him in the slimmed down two-car team following the departure of Sébastien Loeb and Citroën’s focus on developing the new C3 for the 2017 World Rally Championship.

The factory Honda team has expanded to three cars, with Norbert Michelisz and Rob Huff joining Tiago Monteiro. 2012 champion Huff and Monteiro will compete under the Castrol Honda banner, with Michelisz as Honda Racing Team JAS.

Replacing Rob Huff at Lada is Gabriele Tarquini, who celebrates his 54th birthday today. Tarquini will be joined by former Campos Racing driver Hugo Valente, with Nicky Catsburg the only driver from last year to remain at the Russian manufacturer.