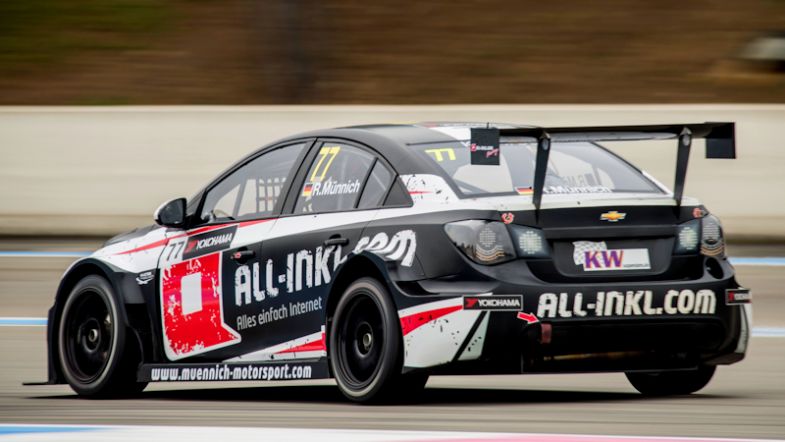 Two-time British Touring Car champion James Thompson will make his return to the World Touring Car Championship at the upcoming round at the Slovakiaring after a year away, parting ways with the Lada Sport team early last year.

The 41-year-old will deputise for René Münnich in the team’s Chevrolet RML Cruze TC1, as the German will be taking part in the opening round of the World Rallycross Championship in Portugal.

“We are very happy to welcome James Thompson to our team”, said team manager Dominik Greiner. “Everybody at ALL-INKL.COM Münnich Motorsport is delighted to see ‘Thommo’ behind the wheel of the Chevrolet Cruze TC1. James is a true legend in touring cars with two BTCC titles and a couple WTCC race wins so far.”

Thompson’s participation is a one-off at the moment, but with a number of clashes during the season between the WTCC and the RX championship, the door is open for Thompson to make more appearances later in the season.

“The most important thing for James next weekend will be track time; to drive and learn the car. And in the races we hope that his great experience will help him to finish both races in a good position. For the moment it’s only a one-off event for James but we have some more clashes for René in RX during the season; so let`s see how we all went up during the weekend.”