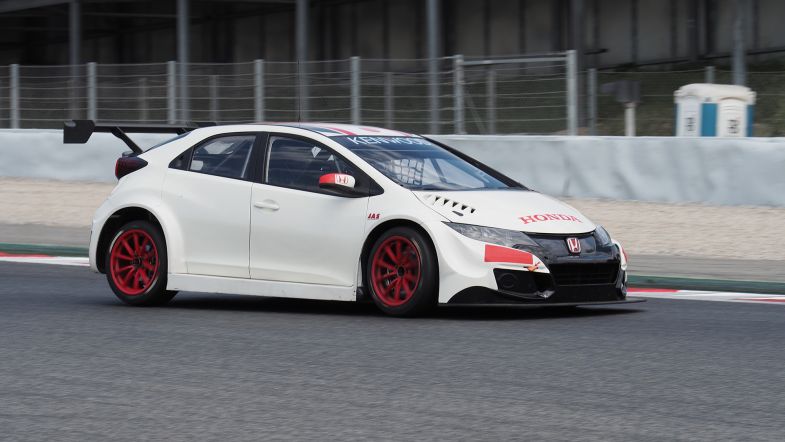 Honda is going to expand to a fourth car for Ryo Michigami at the Japanese FIA World Touring Car Championship race at Motegi on September 2-4th.

”I will be racing with my heart and soul at Motegi and putting all my experience to best use. Honda and JAS Motorsport have given me a wonderful opportunity; the car felt consistently fast in Spain and I’ll definitely be well-prepared for the races in Japan,” said Michigami.

The 43-year-old has raced for Honda in various championships since 1998, like the Japanese Touring Car Championship and Super GT.

“I’m excited to have a Japanese driver competing for us at our home race,” said said Daisuke Horiuchi, Large Project Leader WTCC Development of Honda R&D. “Ryo has been racing with Honda for a long time, so he immediately grasped the characteristics of the Civic WTCC at Barcelona. There isn’t much time between now and Motegi, but we’ll be working our hardest with JAS to provide the support he needs. We’re looking forward to Ryo racing fast in front of the Japanese fans.”

Michigami tested the WTCC specification Honda Civic at Barcelona last week and was pleased with his first taste.

“I had a chance to test the Civic WTCC at Barcelona last week and was hoping for an opportunity to race it, so I’m very excited that I’ll be able to do this so soon. I was involved in the development of the Civic Type R, which was released last year, and had been watching the Civic WTCC closely as well,” said Michigami.