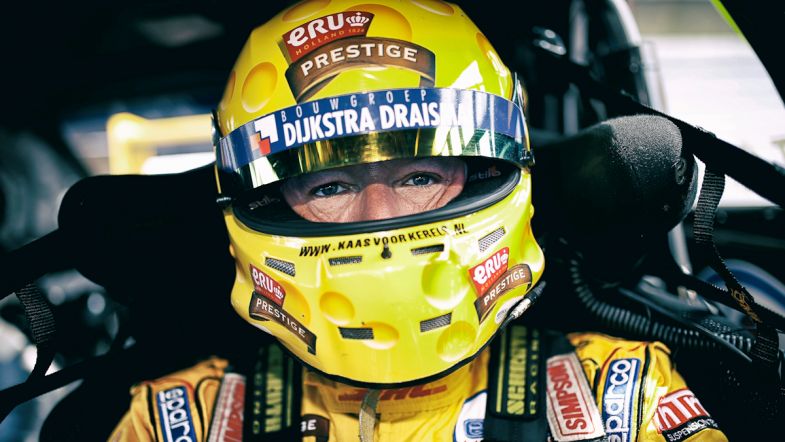 Tom Coronel could be on the 2017 World Touring Car Championship grid behind the wheel of a privateer Citroën C-Elysée WTCC, now that the French manufacturer has decided to make available their championship winning cars to the independent teams.

Coronel, a two-time race winner this season in the venerable but undeveloped Chevrolet RML Cruze TC1, says he’s looking at the option of buying one of the French manufacturer’s 2016-spec C-Elysées next year, with the first preference to run the programme going to his current squad ROAL Motorsport.

“Citroën have offered their cars, and the prices they’re offering are not crazy,” said Coronel to TouringCarTimes. “I think they’re trying to make a good offer…I thought I could never pay for a Citroën, but (the prices) look OK. I don’t think I’ve got (the budget at the moment), but I think it could be found.

“The price they are asking is half the price I thought it would be, so I think it’s a very good offer to have privateers in the Citroën.”

Coronel has driven for ROAL Motorsport since the 2011 WTCC season, in the BMW 320 TC for the first three years and with the Chevrolet Cruze since 2014 when TC1 was introduced, and says he’d like to stay with the team.

“I work well with (ROAL Motorsport owner) Roberto (Ravaglia), Roberto’s good to me, so let’s wait and see. If Roberto says I don’t want to do it, then I’ll speak to ALL-INKL (Münnich Motorsport) again as that’s how my system is, but Roberto has the priority.”

Citroën’s decision to open up the availability of the cars to all privateer teams goes beyond their original intention for just one team, expected to be Sébastien Loeb Racing, to run the cars in 2017.

Dutch driver Coronel hopes to be able to find the support to continue in the championship after one of his strongest seasons to-date in the single-car privateer team.

“I’ve had great results (this year). Second in qualifying in Hungary, fourth in Paul Ricard and third at the Nürburgring, that was the biggest thing. To finish with the Chevrolet third on the Nordschleife that was crazy, so we’ve had some surprises this year.

“I said I’d win in Vila Real, Morocco and Japan – but here in Japan I failed, as I down-changed in free practice to stop the car as I had no brakes and over-revved the engine so we had to change it.”