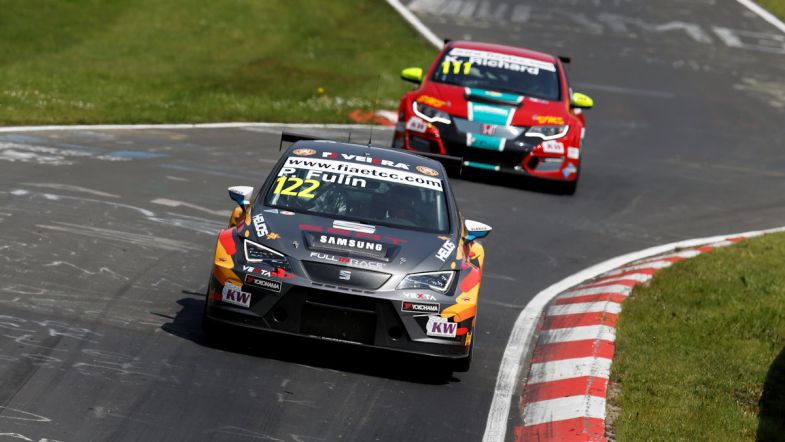 The World Touring Car Championship is set to add a second tier to the grid in 2017, adding what is to be called “WTCC2” to the grid, allowing cars that run to FIA’s TCN2 specification to the grid alongside the Super 2000 TC1 specification cars.

TCN2 is currently the top class in the European Touring Car Cup, and is principally based on the fast-growing TCR technical specification touring car, with some enhancements to make them compliant with FIA requirements, including better safety equipment and an FT3 fuel tank.

The announcement is set to be made at next week’s meeting of the FIA World Motor Sport Council, and the addition of the class is designed to alleviate concerns of grid sizes in 2017 following the sudden departure of Lada, which will remove a further three cars from the field next season.

With no new manufacturers entering the championship in 2017, and with Honda and Volvo both saying they’re unable to field more than three factory-run cars next season, the move comes as a necessary step in order to ensure the grid size doesn’t drop below the minimum of 16, in which the sporting regulations specify is when an event could be cancelled, most often linked to commercial agreements between the promoter and the circuit.

A number of teams are understood to have been approached about the possibility of running TCN2 cars next year, both those already on the WTCC grid and competing in other touring car series. Zengő Motorsport and Münnich Motorsport already own TCN2 class cars with the SEAT León Cup Racer and Honda Civic TCR, which they’ve run in the ETCC and some of the TCR categories already, while the technical partner of Honda, JAS Motorsport, is the builder of all the TCR specification Honda Civics in competition around the world.

The WTCC promoter, Eurosport Events, have said they cannot comment on this development ahead of the announcement by the World Motor Sport Council.