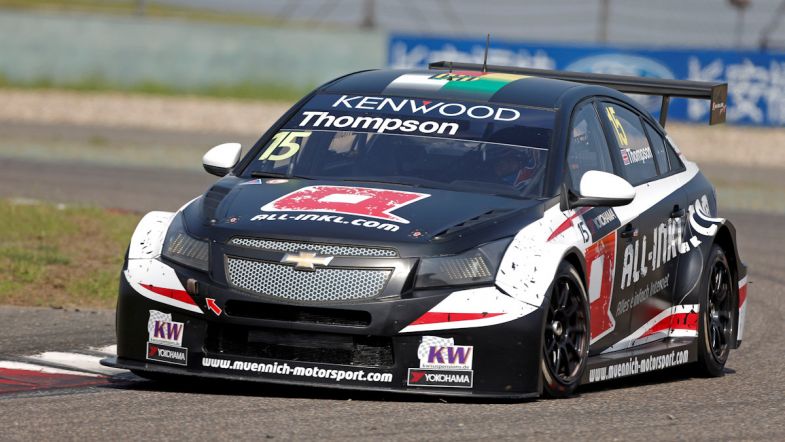 Münnich Motorsport are set to return for their fifth season in the World Touring Car Championship in 2017, potentially fielding cars in both the TC1 and TCN2 classes next season.

The team have campaigned a Chevrolet Cruze in the TC1 class for the past three seasons, after entering the championship in 2013 with a trio of SEAT León 1.6Ts for Rob Huff, René Münnich and Marc Basseng.

James Thompson drove for the team for the bulk of 2016, competing in eight races, while team owner René Münnich raced twice, with Sabine Schmitz taking over the wheel at the Nürburgring.

The German squad are aiming to be back again next year, but might make the switch from Chevrolet, with the championship winning Citroën C-Elysée expected to be the most likely model they’ll change to.

“I can confirm we’re looking at being back in the WTCC next year,” said Münnich Motorsport team manager Dominik Greiner to TouringCarTimes.

“If you’d asked me in Shanghai, I wouldn’t have been so sure. But things have changed, and it seems highly likely we’ll back in TC1, though with which brand, I don’t know yet, and we’re also looking at running in TCN2 as well.”

The team ran their Honda Civic TCR in the first round of the season in the supporting ETCC, with Münnich putting the car on pole position, a week after running in the TCR Germany series with the same car.