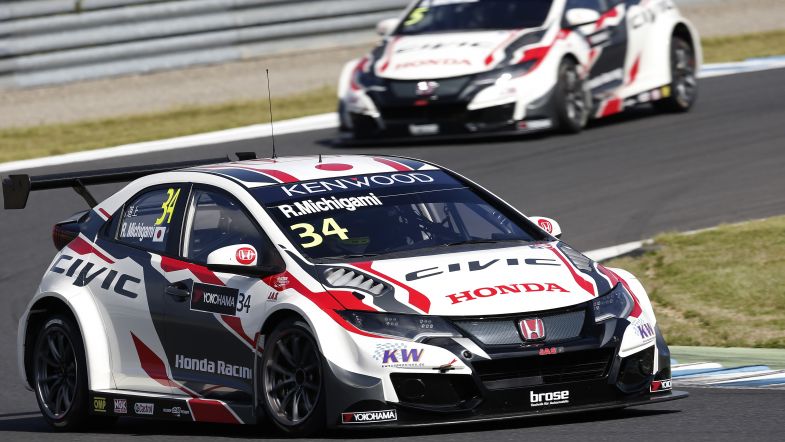 Monteiro heads into his sixth season with the team, having raced with the factory squad since they came into the WTCC at the end of 2012.

“It’s fantastic to be staying with Honda and I’m incredibly enthusiastic about what lies ahead in 2017,” said Monteiro.

“I joined Honda at the start of the WTCC programme in 2012 with the aim of becoming World Champion, and that target remains the same. In 2016 I came closer than ever before as I finished third in the points, became the first Portuguese driver to lead an FIA World Championship and scored a hugely emotional win on the streets of Vila Real – very close to where I grew up. Last year the Civic WTCC was the best it’s ever been and so was the way the team worked. If we continue to build on this in 2017, as I’m sure we will, then we can be sure of an extremely strong push for the title.”

The Portuguese driver will again be joined by Norbert Michelisz, who heads into his second season as a factory driver with Honda, after finishing fourth in the standings last year after a strong debut season with JAS Motorsport. The two drivers will run under the Castrol Honda World Touring Car Team banner this year.

“I’m very happy to be racing with Honda again in 2017,” said Michelisz. “My first year in a factory team was a bit of an eye-opener, but by the second half of the season we developed some strong momentum and made the most of our pace in qualifying and I was very proud to win at Honda’s home race in Japan. I’m confident that I have the car and team to help me achieve my goal of becoming World Champion and that I’ve now reached the level I need to be at personally to make this happen. With Tiago and Ryo alongside me in the team, I think our performances will be very strong across the whole season.”

The two will be joined by former Super GT driver Ryo Michigami, who will be the first Japanese driver to compete in the WTCC full-time since Yukinori Taniguchi raced for bamboo-engineering in their Chevrolet Cruze in the 2011 season.

Michigami made his WTCC debut at Motegi last year a fourth factory Civic WTCC, finishing in 11th in his first race.

“As a Japanese driver, I’m extremely proud to be given the opportunity to represent a Japanese manufacturer in a World Championship,” he said. “I’m aware that this season will be a huge challenge for me, but I will use all the experience I have gained during my career in Japan and I am incredibly motivated to perform strongly across the season. I want to make this the pinnacle of my life in motorsport and together with Honda, JAS Motorsport, Tiago and Norbi, I will make the maximum effort possible to achieve this. I would also like to thank everybody in advance for their help and support in 2017.”

Lada are also set to be back on the grid with Gabriele Tarquini possibly set to return as their lead driver, albeit in a privateer capacity, while Volvo’s Polestar Cyan Racing squad are yet to announce any of their three drivers for 2017.