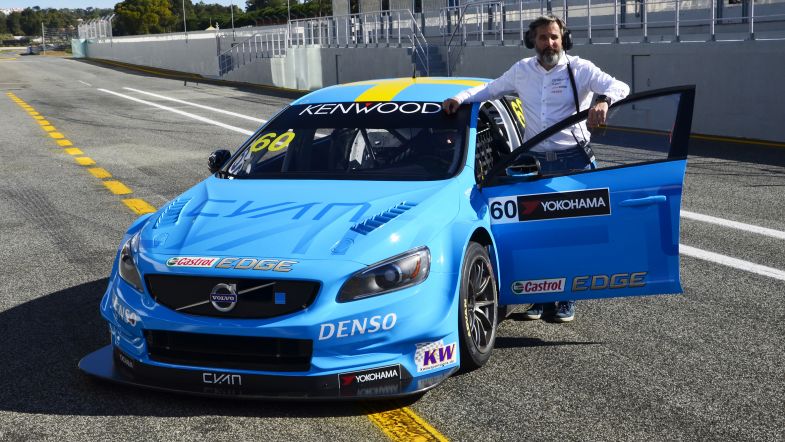 Four-time WTCC drivers’ champion Yvan Muller has been signed by Polestar Cyan Racing as their development driver and senior advisor for this season.

Muller announced his retirement from full-time racing in the WTCC at the end of last year after three seasons with Citroën and 11 years in the championship, but was quickly seen back behind the wheel of a touring car again after secretly testing with Polestar in their S60 TC1 early this year.

“To start a cooperation with Cyan Racing is something that I am very pleased with,” said Muller. “They developed strongly last year for their first season and we have made interesting progress during the winter testing. I look forward to continuing to work with them and developing the car, as well as the team.”

The 47-year-old will drive for the team during the official pre-season test at Monza next week, while new signing Nicky Catsburg is unavailable due to sportscar racing commitments at Sebring.

“I am really glad and proud to have recruited Yvan to Cyan Racing,” said Christian Dahl, CEO of Cyan Racing.

“There is no other touring car driver as experienced as him in the world and he is a vital asset to the team. We can already see the progress made, even though our cooperation is still quite new. The plan for the moment is that he is not going to race for us, but rather focus on testing and development.”