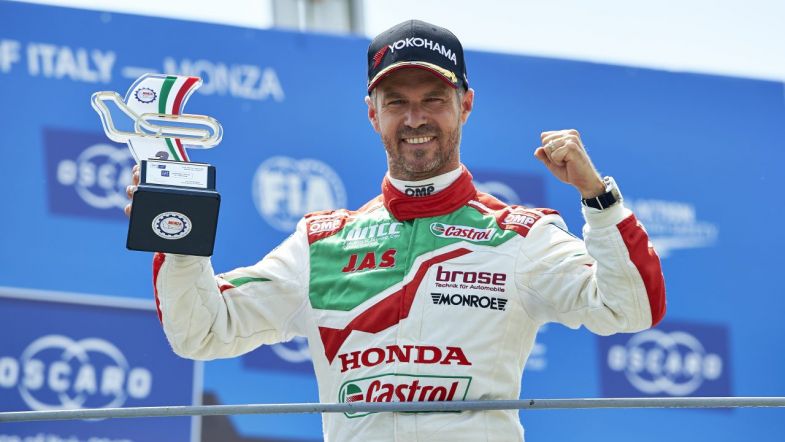 Tiago Monteiro extends lead in Italy, despite expecting a “disaster” at Monza

Honda’s Tiago Monteiro leaves Monza with a 15-point lead in the drivers’ standings over Volvo’s Thed Björk, after taking two podiums at the circuit which Honda expected would be the weakest on the calendar for them.

After struggling during the pre-season test at the circuit last month, Honda surprised from the off, with Monteiro leading the first practice session. The Portuguese driver then qualified in second position, just behind the much-fancied Volvo of Thed Björk, converting that into a second-place finish in the main race, whilst moving up from ninth to third in the reversed grid opening race.

“Coming out of here with two podiums was not expected,” said Monteiro to TouringCarTimes. “We honestly thought this race was going to be a disaster. The package, power, aerodynamics, chassis, has really improved as you can see. Rob (Huff) was saying me what have we done compared to last year? There’s no doubt about it, it’s a better car.”

While Monteiro leads the standings, the Honda driver admits that he’s had a lucky start to the year so far, but hopes that it continues.