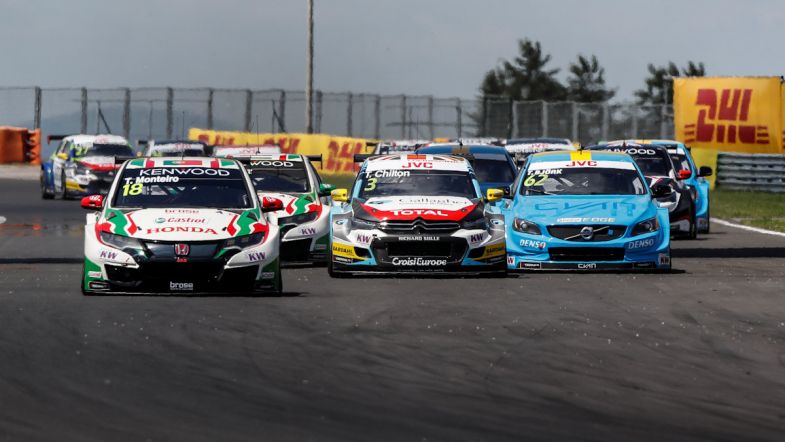 Polestar Cyan Racing driver Thed Björk was apologetic after a Race 1 incident with home hero Norbert Michelisz’s Honda at the start of the race, with the Swede explaining a separate accident was the cause of the collision.

Björk and Michelisz made contact on the way out of Turn 3 and up to Turn 4, as Michelisz lined up a pass on the Volvo driver, but Björk appeared to turn in on Michelisz, damaging the Honda’s wheel. When Björk soon retired with a steering arm issue, it was soon explained that another contact was the cause of this damage.

“I was hit by (Tom) Chilton, that broke my steering arm and caused me to collide with Michelisz,” said Björk. “I’m still in good spirits, you can’t go through a season without a bad weekend.”

Michelisz retired from the race, though he’d be able to recover to finish fourth in the main race, he was disappointed not to be able to deliver a podium for the 35,000 strong crowd.

“Having all the fans here, I really wanted to give something back as they deserve to see a Hungarian driver on the podium this weekend,” he said. “I was fighting for P3, then between Turn 3 and 4, there was a collision with Thed, and we still have to analyse what happened. Maybe it was a mistake, or maybe he had something wrong with the car, but it’s not helping me.”

The incident is the only contact in the race being investigated by the race stewards post-race.