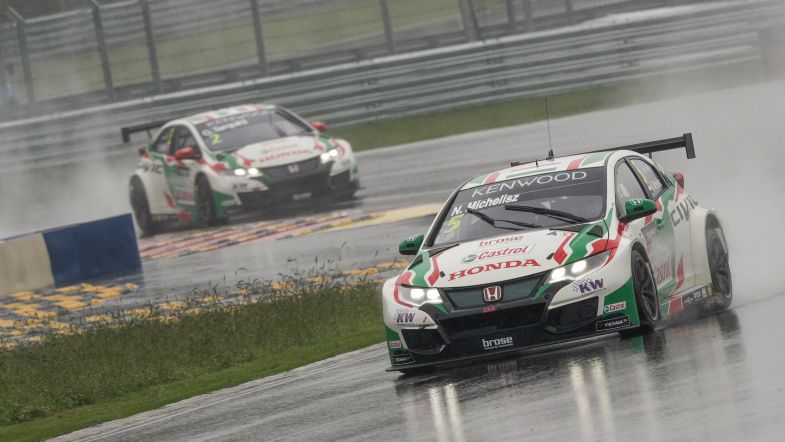 Honda excluded from China results due to non-compliant fuel injectors

Honda Racing Team JAS has been excluded from all results from the last round of the World Touring Car Championship at the Ningbo circuit in China, after an investigation by the championship’s technical delegate ruled the team’s fuel injectors were not compliant with the technical regulations.

The exclusion is the second for the Japanese manufacturer in two years, with Honda’s cars also excluded from the results at Marrakech last season. That time the cars’ flat floor was found to not be compliant.

The injectors of all of the Honda Civic WTCCs were marked for further investigation during Friday’s scrutineering session in China, with the results of the race marked as provisional.

Following a meeting in Geneva ahead of this weekend’s race in Japan, the FIA technical department have ruled that the three cars of the factory Honda Racing Team JAS squad will all be excluded from the results in China, after it was found the team hadn’t complied with the homologation procedure.

“At the Race of China the Technical Delegate sealed a fuel injector from car #34 (Ryo Michigami),” reads the stewards’ decision. “The Competitor acknowledged that the sealed components were used in all competition at the Race of China and further that cars 2 and 5 used identical components.

The outcome was then confirmed as: “The 3 cars #2 (Gabriele Tarquini), #5 (Norbert Michelisz) and #34 are disqualified from Qualifying, MAC 3, Opening Race and the Main Race at the Race of China.” 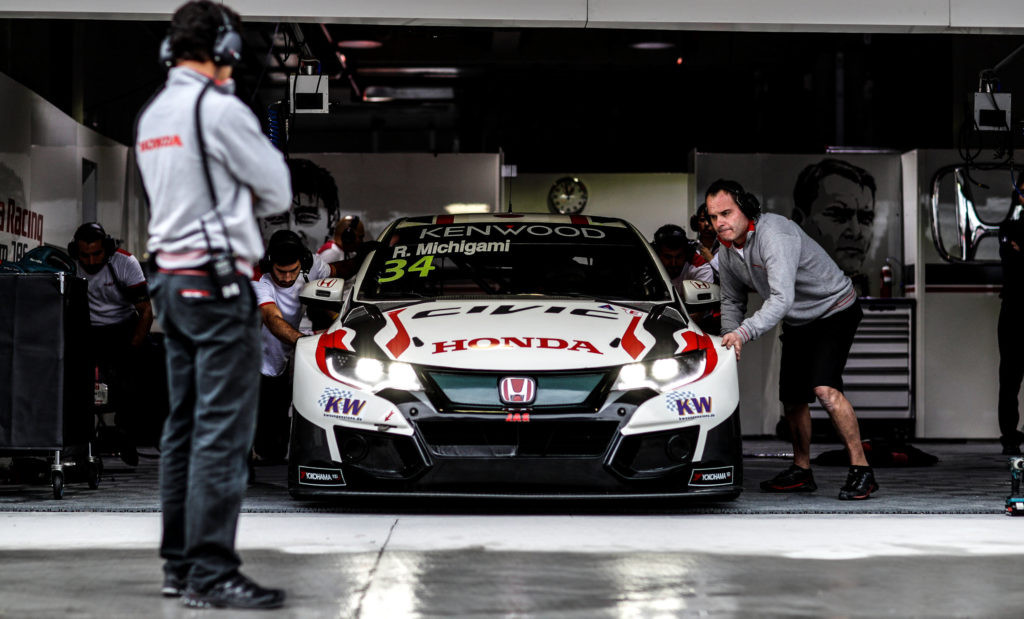 The effect of this decision has a significant impact on the championship, even though only half points were awarded for the aborted second race in China.

Polestar Cyan Racing’s Thed Björk now extends his lead in the standings to 3.5 points over the still absent Tiago Monteiro, while Monteiro’s Honda team-mate Norbert Michelisz now takes a significant slip back to fourth in the championship, 32.5 points behind the Volvo of Björk, and also falls behind the second-best placed of Volvo’s drivers, Nicky Catsburg.

Honda’s lead in the manufacturers’ championship has also been reversed, and the close battle between the two marques has now swung very much in favour of Polestar, who are now 11 points ahead with three race weekends remaining in Japan, Macau and Qatar.

Honda have confirmed they accept the decision, but put the situation down to a difference in interpretation of the FIA homologation procedure.

“While we accept this unfortunate decision of the race stewards, we wish to stress that we have acted in good faith at all times,” said Ryuichi Furukawa of Honda’s engine R&D team.

“Unfortunately, the way we have interpreted the homologation process is different to that of the FIA. We are incredibly disappointed with this judgement as the fight for both the drivers’ and manufacturers’ championships will now be extremely difficult. However, we will continue to push as hard as we possibly can at the final three rounds of the season to achieve our aim of winning the World Championship.

“We would like to take this opportunity to apologise to our fans and everybody else who has supported our WTCC efforts this year.”