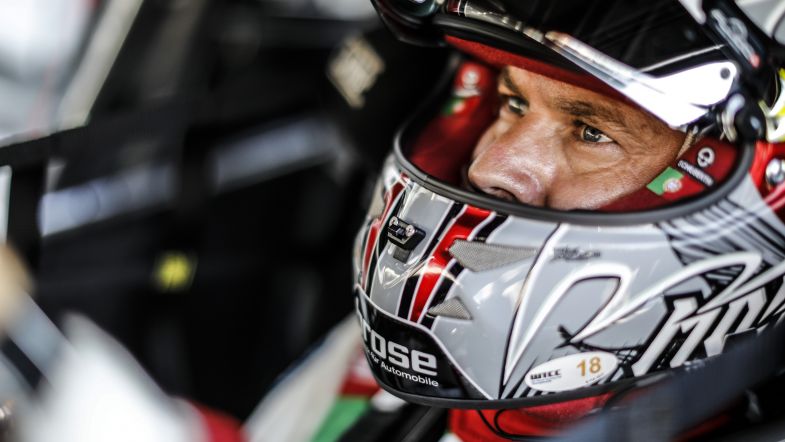 Honda have confirmed that Tiago Monteiro will be forced to miss the Guia Race of Macau next week. The Portuguese driver’s absence is as a consequence of his injuries from a testing crash in Spain in early September, the third race he’s missed in a row.

The 41-year-old won last year’s Guia Race of Macau, driving for WestCoast Racing in the season finale of the TCR International Series as a one-off outing, while Macau is now back on the WTCC calendar for this year as the penultimate race.

After missing two race meetings, Monteiro has slipped from the lead of the championship to fourth overall, and is now 28.5 points behind current championship leader Thed Björk, who drives for Volvo.

“I’m extremely disappointed to have to miss the chance to continue my fight for the WTCC crown and defend my Guia Race title,” said Monteiro.

“Macau is one of the most challenging circuits in the world and one I love racing on. I feel ready to return and I’ve been able to increase my training so it’s now at virtually the same level as before the accident.

“Unfortunately, despite this, the risk of a second impact on my body is still too great and I need to wait a little while longer before I’m fully healed. I cannot even begin to explain how it makes me feel to see my title ambitions slipping away. All I can do is continue to train hard and aim to return in Qatar to help Honda’s title ambitions.”

Esteban Guerrieri will again replace Monteiro at Honda for Macau, as Monteiro’s China substitute Gabriele Tarquini is unavailable as he’ll be competing at the TCR International Series season finale in Dubai.

While Monteiro is still mathematically in contention for the championship, if Björk scores 31.5 points during the course of the Macau weekend, Monteiro’s championship challenge will be officially at an end.