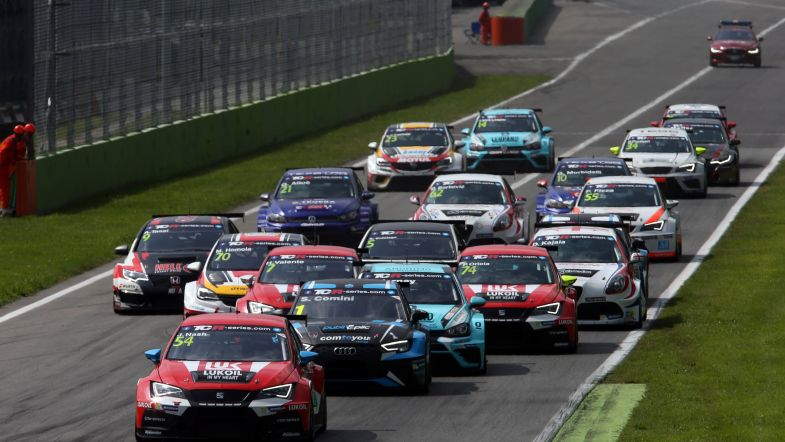 Approved at the latest meeting of the FIA’s World Motorsport Council in Paris, the new series will run for at least the next two years after an agreement was signed between the FIA, Eurosport Events and WSC Ltd.

Eurosport Events will take on the role of promoter of the series, with the technical regulations created by WSC being licensed for two years as the new FIA WTCR Regulations – which will be frozen until the end of 2019.

Only TCR cars homologated by WSC and given an FIA WTCR passport from the FIA will be eligible to compete in the series, with the FIA and TCR technical departments determining the Balance of Performance system to be used.

No manufacturer entries are permitted, just as in the TCR International Series, with no manufacturers’ title awarded, with the FIA WTCR confirmed as being for privateer teams only.

Two FIA World Cup titles will be awarded for drivers and teams, with the existing World Touring Car Championship and the TCR International Series being discontinued in 2018 and 2019.

The FIA European Touring Car Cup will no longer run, effectively replaced by the new TCR Europe Series, which will be promoted by WSC Ltd, the promoter of the now defunct TCR International Series.

In total, 26 full season entries will be accepted into the new series with priority being given to teams already competing in the WTCC and TCR International Series. Two wildcard entries will be permitted at each event on the calendar at the discretion of Eurosport Events and the FIA. Teams have to field a minimum of two cars, with an entry fee of 150,000 EUR for a two-car team.

“We are very proud of this agreement that fully respects the very spirit of TCR,” WSC CEO Marcello Lotti said. “The association with such an experienced promoter as Eurosport Events together with the FIA label on the WTCR represent the ultimate recognition for the TCR concept that we launched three years ago and hasn’t stopped growing since.”

François Ribeiro, head of Eurosport Events, was also pleased to confirm the long-expected tie-up, which ensures the continuation of a touring car series at the highest global level.

“The combination of the TCR technical regulations, the expertise and neutrality of the FIA and its stringent sporting rules and procedures, plus the promotional strength of Eurosport Events gained since 2005 will deliver a highly competitive grid, exciting racing and a fan-friendly format that can only drive success,” he said.