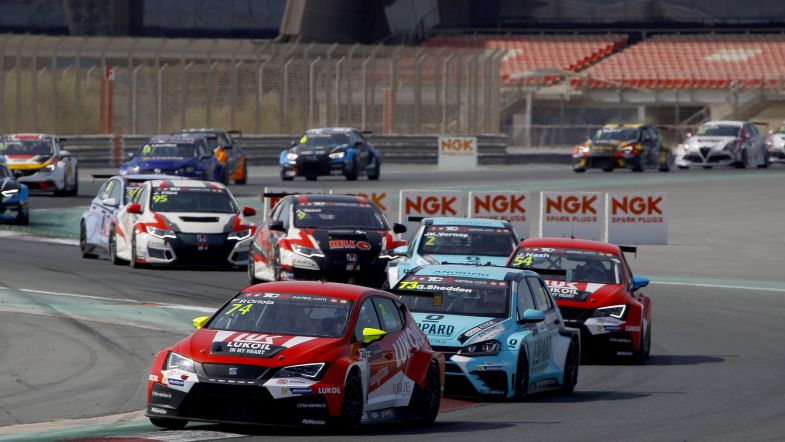 The FIA World Touring Car Cup has detailed the reasoning behind the increase in entry fees for the 2018 season, as well as why they’ve set a 26-car limit for next year.

The World Motor Sport Council release two days ago confirmed that teams would be required to run two cars at a minimum next year, with the entry fee set at 150,000 EUR for a two-car team.

With the 2018 calendar known to be very similar the 2017 WTCC season’s, it’s expected the cost to compete in the 2018 WTCR will be markedly more than the 2017 TCR International Series, which could prove to be too much of a burden to bear for the smaller TCR teams.

“We took the decision to announce (WTCR) to our teams on the same day,” said WTCR promoter Francois Ribeiro. “In the 24 hours afterwards, I was in contact with nearly all the TCR International teams and all the TCR manufacturers behind the TCR regulation. The response has been very positive.

“To all of the TCR International teams and manufacturers, I told them WTCR is going to be a bit more expensive than the running costs of TCR International, with no doubt. (The reason for this is) we want to do three races…and the FIA entry fees will be higher as the level of staff we have to manage the sporting and technical equity and fairness of the championship will be higher; so it’ll be more expensive, but you are going to gain a level of professionalism which will bring you to a different level of recognition and sponsor visibility.

“While the TCR teams will be hit with an increase, the running cost for the WTCC teams is set to reduce, as although the entry fee is higher than the 39,000 EUR set for the 2017 season, the running cost of a TCR car is substantially lower, with the engine lease alone for a TC1-specification engine running past 300,000 EUR, while a TCR car with engine was price capped at 130,000 EUR in 2017.

“To all of the WTCC teams I told them it’ll cost them less than WTCC, and you are gojng to protect your level of exposure throughout the next two years,” added Ribeiro. “So in the end I didn’t have any bad comments about next year. I told to both of them you will have priority before we speak to any teams from outside.”

The WTCR has set a 26-car limit for 2018 as well, with two wild card entries per race weekend. With the TCR Germany series seeing more than 40 cars per race meeting, there was some early anticipation that the WTCR could see similar grid sizes when combining the entries from WTCC and TCR, but the 26-car limit means this won’t be the case.

“We are after quality not volume,” explained Ribeiro. “We’ve seen some TCR races with big grids, but a lot of red flags and race incidents and a big discrepancy in driving standards.

“We did not feel it was necessary for WTCR, and I was after quality, to select strong teams and strong drivers and work with them on a two-year basis, and not go opening the door to any possible team.

“If we have a grid of 26 full season cars next year, that’s already a very big grid.”