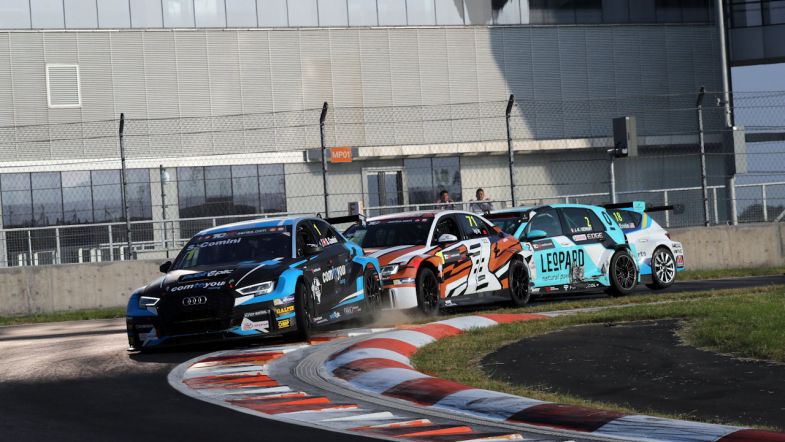 Audi team Comtoyou Racing are hoping to expand to run three cars in the 2018 WTCR season, after a successful first season on the global stage that saw Stefano Comini secure third for the team in the 2017 TCR International Series’ drivers’ championship.

The Belgian operation was the only team to campaign the brand-new Audi RS 3 LMS full-time in the TCR International Series this year, with 2015 and 2016 title winner Comini competing in every race.

Sports car driver Frédéric Vervisch was added to the team from the third round at Spa-Francorchamps.

The team has set itself the goal of competing in the new WTCR for 2018, and even expanding its entry to three Audi RS 3s if possible, as seeks to develops its relationship with the German marque.

Comtoyou is presently running a newly developed Audi A1 in the Andros Ice Racing Trophy.

“Today I have two cars ready for next year, but next year we’ll have three cars in the WTCR hopefully,” said team principal Jean-Michel Baert to TouringCarTimes. “We’ll try to do three or four races in TCR Europe and Benelux, and we have another plan in our back pocket, it will be a big challenge, but I can’t speak about that at the moment.

“We’ve done a good job this year, Audi is working very closely with us in TCR, and we have some good plans with Audi for the next years. We’ll do more work with them next year; this year was just the first season and it’s all been about building that relationship between them and Comtoyou Racing and showing what we can do.