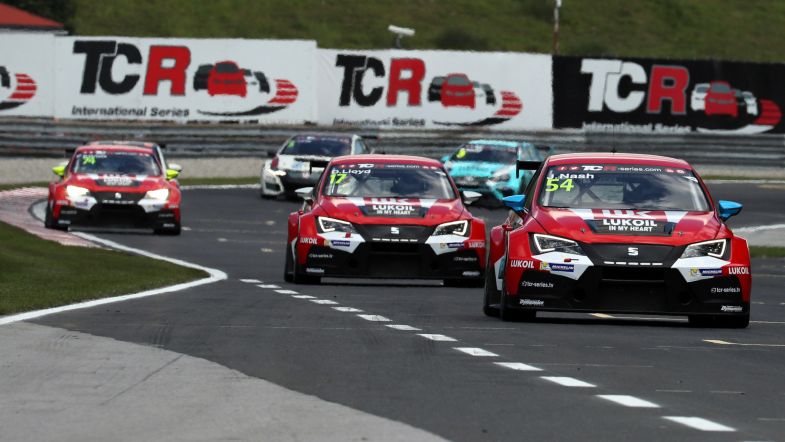 Craft-Bamboo Racing looking to continue on in new WTCR

Hong Kong and UK-based squad Craft-Bamboo Racing are targeting continuing in the lead TCR championship, now run by WTCC promoter Eurosport Events in 2018 and rebadged as the WTCR.

The team has competed in all three of the TCR International Series seasons, competing for the drivers’ title in its first two seasons, but also has a successful history in the WTCC.

Joining the series in 2010, the team won the independents’ title in 2013 and finished third overall with James Nash – who has since formed part of the successful TCR line-up.

“We’re a firm believer in the TCR concept and have been a part of it since the beginning,” said team director and former driver Darryl O’Young to TouringCarTimes.

“We’ve got good relationships with the WTCC and TCR, and we see this merger as a great opportunity for us.”

The team has run the SEAT León TCR for its three International Series seasons, with title sponsorship from Russian oil firm Lukoil, but as yet the technical and commercial aspects for 2018 aren’t set.

“Everything’s still open,” O’Young added. “We’re looking to find the right package, both drivers and commercially for next year…although the entry fees have increased, there are things you can do which can make up for that. The added exposure of TCR now being an FIA Cup and with the benefits that being part of Eurosport bring will be attractive to more sponsors, so we’re confident of putting something together.”

The team started the 2017 TCR season with drivers Pepe Oriola, Nash and Hugo Valente, all WTCC alumni, though Valente left the team mid-season and was replaced with BTCC star Daniel Lloyd.