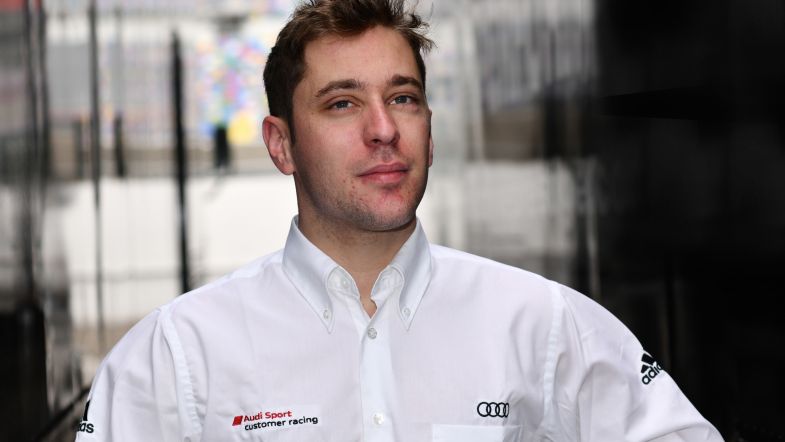 Audi has announced the signing of Robin Frijns for the 2018 DTM season, with the Dutch driver being the only newcomer in an otherwise unchanged six driver line-up.

The 26-year-old has been a part of Audi’s customer racing programme for a number of years and won the Blancpain GT Series Sprint Cup title last season at the wheel of a WRT-run Audi R8.

Frijns, who tested a DTM car back in 2013, will join Audi’s programme as a replacement for Mattias Ekström after the two-time champion announced that he was to quit the series to focus on his programme in the World Rallycross Championship.

Alongside Frijns, Audi will retain the services of defending champion René Rast as well as Nico Müller, Jamie Green, Loïc Duval and Mike Rockenfeller although no decision has yet been taken over which driver will run with which of the three Audi teams.

“Robin left a strong impression with us even back then [2013] and we haven’t lost sight of him ever since,” Head of Audi Motorsport Dieter Gass said. “At the wheel of the Audi R8 LMS, he showed his abilities and is doing a very good job in our Formula E simulator as well.

“That it’s possible to battle for the title in the DTM even as a rookie was demonstrated by René Rast last year. Robin has great potential and Audi is in a very good position in terms of its driver lineup for the 2018 DTM. We’re convinced of this.”