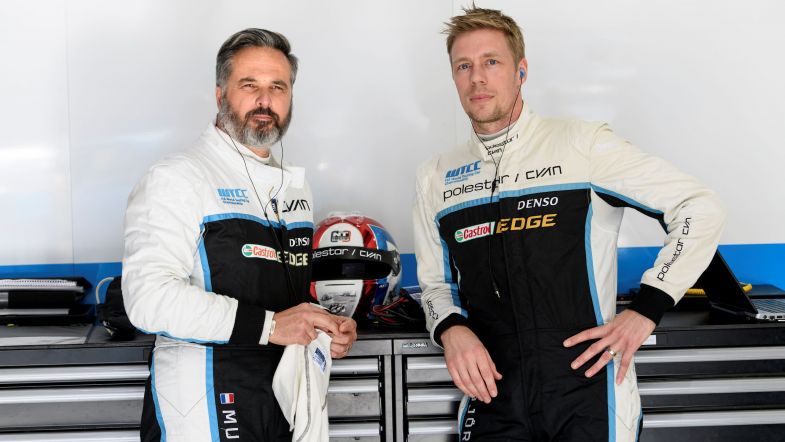 Yvan Muller has announced he will come out of retirement and will contest the 2018 World Touring Car Cup, racing with his own team, Yvan Muller Racing, and signing current WTCC drivers’ champion Thed Björk as his team-mate.

The four-time WTCC drivers’ champion will front his own WTCR super-team, with four-time STCC champion Björk joining him as they run a pair of Hyundai i30 N TCRs in the new championship, with Björk on lease from his duties at Cyan Racing as the team sit out the 2018 season.

Muller retired from full time competition at the end of 2016, after finishing second in the championship in his third year with Citroën.

He made a one-off appearance at the end of 2017 with Polestar Cyan Racing, driving a Volvo S60 in support of Björk’s championship tilt, but the Frenchman was curt about not having been bitten by the racing bug, and said he had no interest in returning.

The 48-year-old however has about-turned on his decision, and he and Björk will no doubt be amongst a number of favourites to lift the first new era World Touring Car Cup title in 2018.

“My goal is a bit different than in the past,” said Muller. “I have done my career and my focus now is on the team and our development rather than outright results. I am pleased to have Thed involved, he trusts me and I trust him. There is no doubt that he is a great driver, I know because I spent the season with him last year.”

Team-mate Björk looked set to be left on the sidelines after a winning the 2017 championship, with Polestar unable to field a car for the new WTCR, but the opportunity to race a privateer Hyundai with Muller’s team has given the Swede a strong opportunity to win a second world title.

“I am excited to be back for the 2018 season, especially with Yvan – we had a great cooperation last year,” said Björk. “To race together with him in the new regulations is truly motivating and inspiring. We have a lot of new things to learn and the competition is hard, but my goal is always to win.”

WTCR promoter Francois Ribeiro added: “By limiting the entry to 26 cars we’ve always targeted quality over quantity, and in Thed Björk and Yvan Muller we’ve more than delivered on that pledge. Thed proved his ability by taking two seasons to become a world champion. While Yvan’s focus might be more on his team than the track, I have no doubt he will be extremely competitive, as he showed when he came back for the 2017 WTCC finale.”