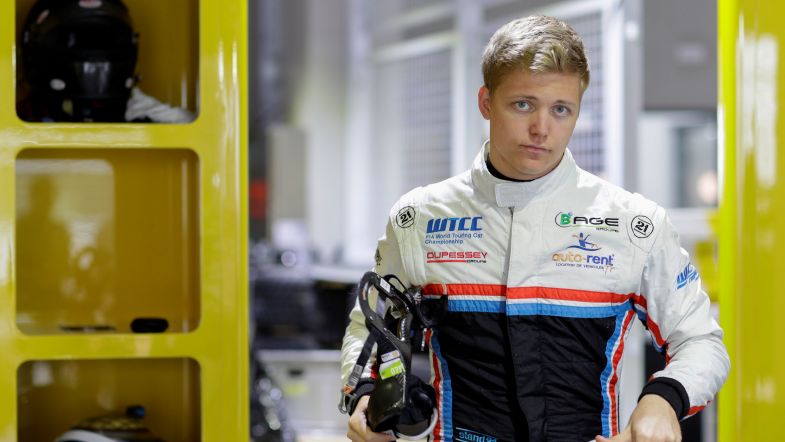 Ehrlacher and Guerrieri were the two rookie stars of the 2017 World Touring Car Championship season, with Ehrlacher taking a victory in the unfancied RC Motorsport Lada Vesta WTCC in Argentina. The Frenchman went on to finish on the podium two more times on his way to tenth in the drivers’ championship.

Ehrlacher faces the prospect of battling against his uncle on track, four-time world champion Yvan Muller, who makes his full-time return this season as well with his own team YMR, with which Ehrlacher also raced in last year’s European Le Mans Series in the LMP3 class.

“Following my first season in WTCC, the target was obviously to be at the start of the new WTCR,” said Ehrlacher. “I am really happy to have been chosen by ALL-INKL.COM Münnich
Motorsport. It’s great news for me because it’s a very good team with a lot of experience in racing and in touring car in particular. With such a great package, the expectations will naturally be high, and my goal is to be among the title contenders this season, although I know that the competition will be tough. There is obviously more pressure than last year, but I’m ready.”

“Logically we had several drivers on our list and the decision was not an easy one,” said team manager Dominik Greiner. “But I feel that with Yann we at ALL-INKL.COM Münnich Motorsport have chosen the best package and we welcome him to our team. A very talented, fast and motivated driver who has gone through a great racing school via his mother and uncle, Yann already had some good moments last season and I hope he can continue like this in 2018. Yann and Esteban (Guerrieri) are already working professionally, hand-in-hand as team-mates so we are looking for a good season with them both.”