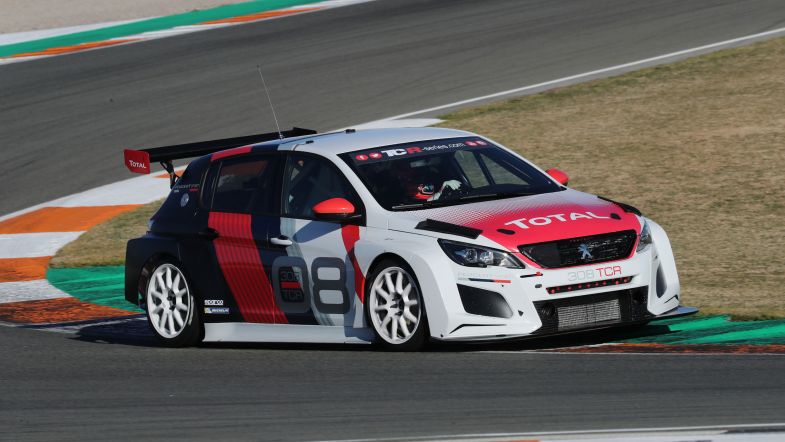 ”Having been involved in the development of the two cars, I’m well placed to confirm that my 2018 mount in no way compares with its predecessor,” said Comte.

The 29-year-old is a Peugeot factory driver and finished fourth overall in the 2017 TCR Benelux series for DG Sport Compétition, driving a Peugeot 308 Racing Cup.

“It might be worth waiting until after the collective tests in Barcelona at the end of the month to draw up a more precise picture of the strengths present. But I’m confident: the Peugeot 308TCR is well-born and will give its rivals the run around. So, roll on Marrakech!” said Comte.

Nève, a well-known name in touring cars with a background of leading the Chevrolet WTCC team to three world titles and most recently working with the WTCC organisation, will act as team manager.

“Quite simply I was missing the track!” said Nève. ”My job within the organisation of the world championship allowed me to fathom the work of a promoter and as an FIA official, I was involved in the major strategic decisions and regulations, but I had a longing to rediscover the adrenaline and the sensations a race provides within a team. I now have this opportunity thanks to DG Sport Compétition and I will be out to offer them a maximum amount of assistance in this new chapter of their path.”

The team will announce their second driver shortly.