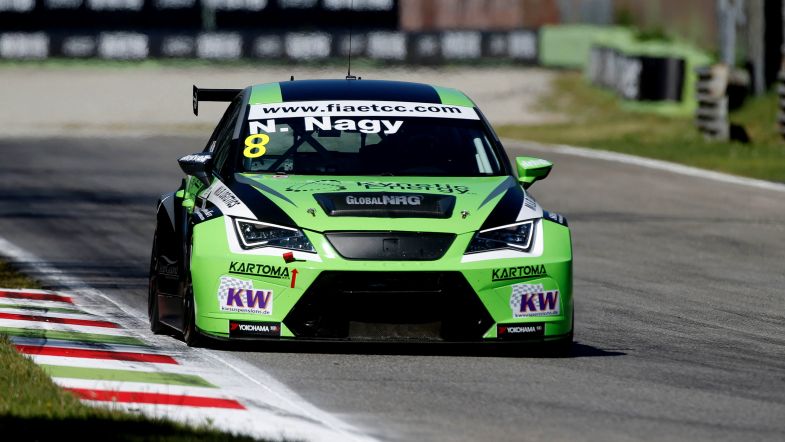 The Zengő Motorsport team has announced that it will run a two-car programme in the World Touring Car Cup this season, with Norbert Nagy signed up as the first driver.

The Hungarian team will run the Cupra TCR this season, with the identity of Nagy’s team-mate being revealed later this week.

23-year-old Nagy finished second in the ETCC standings driving a Zengő-run León last season and admitted he was thrilled to now get his chance on the world stage.

“I’m very happy to drive against all the legendary racers in WTCR,” he said. “I’ve always said the TCR car is the best car for touring car because we can do some very nice racing. Because of this I always hoped that one day the world series could go with these types of car so we can really fight and now it’s happening, so it’s the best time for me to start my world career.

“Marrakech will be very different for me but I liked the Vila Real street circuit and was on pole there in the ETCC so I hope Marrakech can be something like that. My target will be to reach the points and then I will try to go for a podium later in the season because in the first weekend it will be difficult.”

Team boss Zoltán Zengő was pleased to confirm Nagy as part of the new programme.

“After eight years in the World Touring Car Championship Zengő Motorsport will continue in the newly born WTCR,” he said. “We are proud that Norbert Nagy will be one of our drivers. He is a good driver and we are very happy to have signed him. Slowly our puzzle is fitting together and we will answer the question on who our second driver will be this week.”