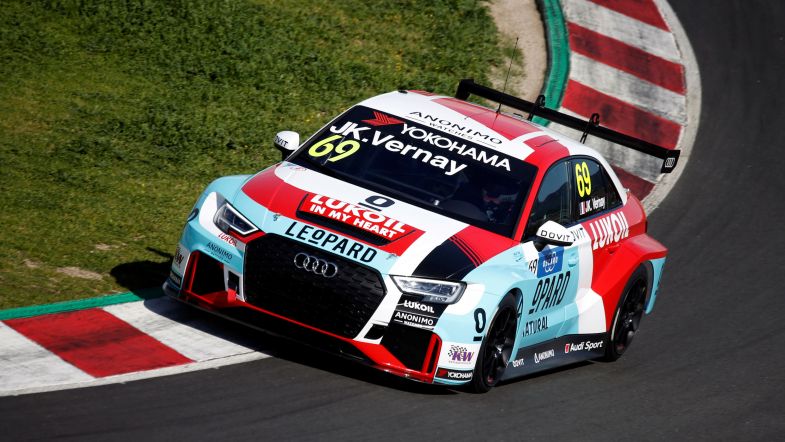 The World Touring Car Cup’s promoter, Eurosport Events, has confirmed that it will broadcast the qualifying sessions and the first of the weekend’s three races live online, via social media or partner Oscaro’s website this year, with only Race 2 and 3 live on its own TV network and partner broadcasters this year.

The new format this year sees the WTCR adopt a three-race format, with one typically on the Saturday, and two on the Sunday (with the exception of the German and Dutch rounds of the championship).

Taking a cue from the TCR series where WTCR’s new technical blueprint has come from, the WTCR will also adopt and trial online broadcasting for the two qualifying sessions, as well for the first race of the weekend, with Oscaro hosting the feed in France, Belgium, Italy, Spain and Portugal, while Eurosport’s Facebook and Twitter channels will broadcast in other regions.

This leaves a tape delayed broadcast of Race 1 on Eurosport’s TV channel, with Sunday’s reversed grid second race, and the final race of the weekend both live.

“We bring to Marrakech exactly the same level of TV production set-up as we had in WTCC, the same TV production crew we took years to build up in WTCC will be in WTCR, but we have decided to do the broadcast a bit differently,” said championship promoter Francois Ribeiro to TouringCarTimes.

“First, all the broadcasters, 50 or even more outside of Eurosport, all of them stay onboard, and we have decided in Europe not to go live on Saturday. (This is) because the world is changing, and because we wanted to test things a bit differently. So Eurosport will not go live on qualifying Saturday and qualifying Sunday on TV.

“In the countries where our sponsor Oscaro is strong, France, Belgium, Italy, Spain and Portugal, we give them the opportunity to broadcast live, on a free basis, the qualifying and the race of Saturday.

“We will broadcast Race 1 on a delay basis, either Saturday evening or Sunday morning, before Qualifying 2. And outside of Oscaro’s territory, we will show it live, but on social media; on Facebook and Twitter.

“We are convinced that it’s good to take that route, to test and enlarge our fan base and reach new fans,” he added.

“We also know that to be strong on Facebook and Twitter, you need to bring valuable live content; we have been very successful during the last three years to enrich our short format content with a lot of creative clips that we produce, maybe 25 per weekend. That was a big success, it helps the storytelling enormously, but now we go one step beyond and say yes, that Saturday race is for social media and digital, and we’re going to see over the season how it goes.”

The TV crews remain largely the same as before, with the English language commentary and presenting team unchanged from the WTCC, with Alexandra Legouix presenting the race programme and reporting from the pit lane, with the on-site commentary team lead by experienced broadcaster Martin Haven, with the co-commentary duties split between three-time British Touring Car champion Matt Neal, and former Craft-Bamboo Racing team principal and also former WTCC teams’ representative to the FIA Touring Car Commission, Richard Coleman.