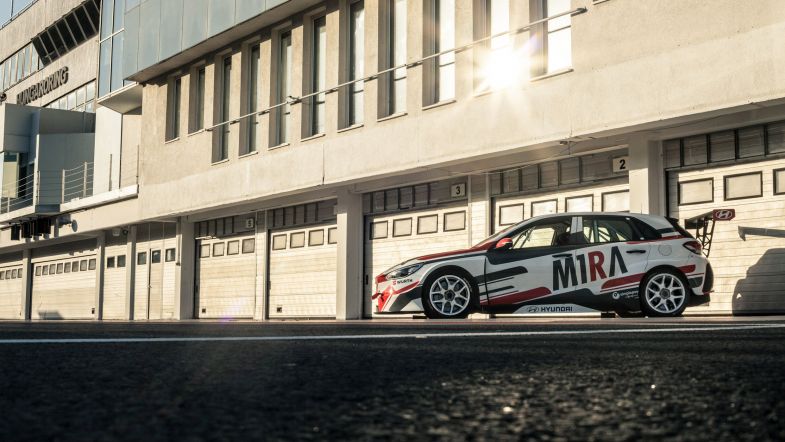 Hungarian driver Daniel Nagy has become the first wild card entry confirmed for the 2018 World Touring Car Cup, with the 20-year-old confirmed as an entry for his home race later this month in Hungary in a M1RA-run Hyundai i30 N TCR.

Nagy, who raced for Zengõ Motorsport in the WTCC for the last two seasons in a Honda Civic, will drive for M1RA, the team run by David Bári and racing driver Norbert Michelisz, the reigning teams’ champions in the TCR International Series.

The team have made the switch to the Hyundai i30 N TCR from the Honda Civic last year, with the Hyundai proving to be the car to beat last weekend in Morocco.

“It is a unique opportunity to race in these circumstances and to have the chance to compete with the same Hyundai i30 N TCR car as three world champions and the best driver in the world,” said team principal Bári.

“Many of us were involved in motorsport as a consequence of the Norbi cult in Hungary, so it is a special feeling to share the paddock with him, moreover all of this will happen on our national racetrack. The team has worked incredibly hard since last year, and I am very proud of our progress. I have to say thank you for our sponsors and supporters to have the possibility to compete again on the top of the TCR pyramid.”

Nagy, who after his one-off in WTCR will race with M1RA in this year’s new TCR Europe Series, is delighted to be able to race at home with the new Hyundai.

“My main aim this year is being competitive in TCR Europe Series with M1RA and the Hyundai i30 N, but I am extremely motivated by this opportunity in WTCR, especially in front of a home crowd,” he said. “I raced on home soil in an international series last year for first time in my life and it will be a lifelong memory for me.”