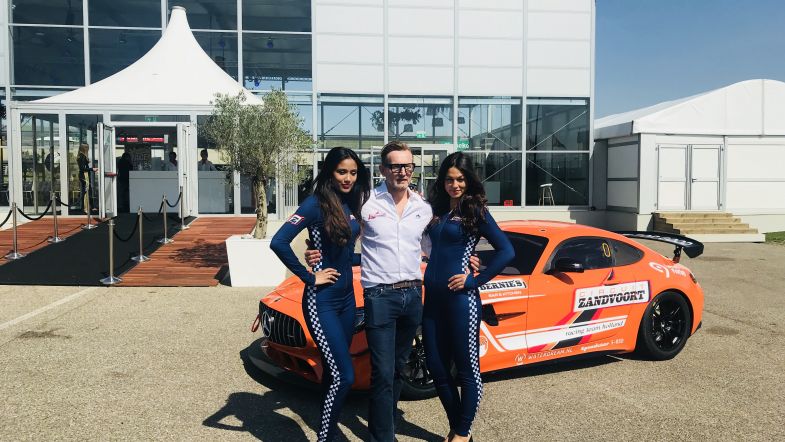 Prince Bernhard van Oranje, a member of the Dutch royal family and owner of the Zandvoort circuit, has been named as the first wild card driver for the Dutch round of the World Touring Car Cup next month.

The 48-year-old will drive a Bas Koeten Racing Audi RS 3 LMS in the fourth event of the WTCR season, with his car sporting an all orange livery to reflect the colours of the Netherlands.

The Audi will be one of two entered by the team, with the identity of the second driver to be revealed in the near future.

“It is unique to participate in a World Cup event against eight former world champions,” Prince Bernhard van Oranje said. “It’s ultra-close racing and we have live coverage on TV and web throughout the event. With more than 100,000 fans it’s going to be a unique experience.”

Team boss Bas Koeten said he was delighted to confirm the special wildcard entry and said he felt that the Prince would do a solid job on track against a world class field of drivers.

“It’s a special opportunity for our team as he’s not only the Prince of Holland but he’s also the owner of Circuit Zandvoort,” he said. “He has experience in many racing classes and obviously knows the circuit very well. We don’t expect to go for the podium because we know how high the level of the WTCR is with the fastest touring car drivers in the field. But he certainly won’t be 10 seconds behind the last guy.

“People like to see the orange colours and they will like to see him in the paddock at Zandvoort because the Dutch royal family is well known and popular in Holland.”

François Ribeiro, Head of Eurosport Events, the WTCR promoter, said the announcement was a further boost to what promises to be one of the biggest events of the season, with F1 set to carry out demo runs in his Red Bull Racing car during the meeting.

“It’s great to welcome Prince Bernhard van Oranje into the WTCR family for what will be one of the biggest events of the season with more than 100,000 fans expected,” he said. “With Max Verstappen demonstrating his Red Bull Formula One car and three WTCR races to look forward to, the Jumbo Racedagen promises to be a great occasion. And to have a member of the Dutch royal family on the grid is simply fantastic.”