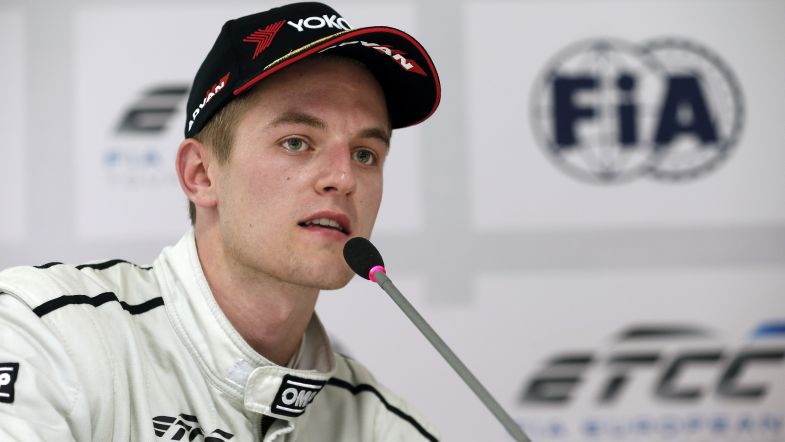 Kris Richard has become the second wild card driver to be named for the German round of the new World Touring Car Cup at the Nurburgring Nordschleife later this month.

The former European Touring Car Cup title winner joins DTM champion Rene Rast on the grid for the races, with the 23-year-old having an impressive record on the fearsome 25.378 kilometre circuit.

“This opportunity is absolutely great, especially on this extraordinary track,” he said. “This is absolutely my favourite race track. “It’s not like any other track, it’s very long, you have a lot of corners, you have uphill sections and downhill sections, so many different challenges.

“I already won there in the ETCC in a TCR car so it’s the perfect opportunity to show my skills to the public and my sponsors and prove I can manage to be in such a highly competitive field of drivers. My goal is absolutely to be in the WTCR full time in 2019 so it could be the most important race of the year for me if I can prove what I can do.”

The identity of Richard’s team – and the car he will be driving – have yet to be announced, but François Ribeiro, head of WTCR promotor Eurosport Events, tipped the youngster to impress.

“We have followed Kris’s career since he won the ETCC title in 2016,” he said. “He did two WTCC races last season, one as his prize drive for winning the ETCC and one because he managed to get the opportunity by finding some sponsorship. Kris won the ETCC round on the Nordscheife and is a very familiar face in VLN events. He came close to a full-season drive in the WTCR this season. The time was too short but we have no doubt what his aim is for next year so we hope that his wild card entry at the Nürburgring, where he has good knowledge, will help his objective.”