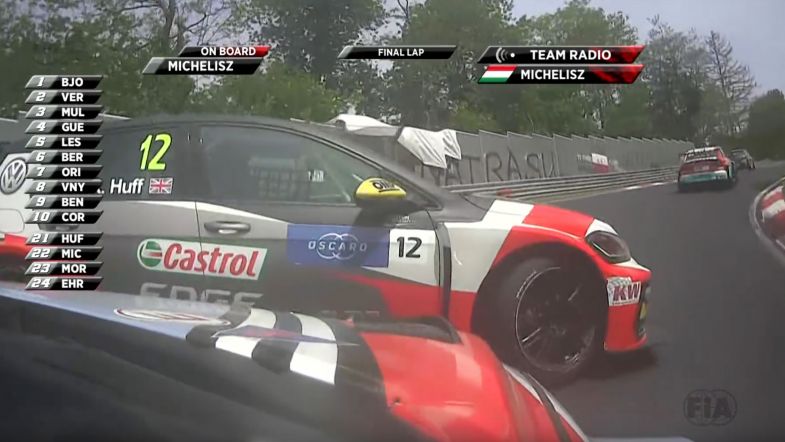 Norbert Michelisz has been given a five-place grid drop for the coming WTCR race following his incident with Rob Huff in the third race of the weekend at the Nürburgring Nordschleife.

The two came together as Michelisz tried to pass Huff with a late dive into the fast uphill Ex-Mühle corner, resulting in a spin and retirement for both drivers.

The BRC Racing Team driver has dropped to fourth in the overall standings while Sebastien Loeb Racing driver Huff has dropped to sixth position with two DNFs from the weekend in Germany.