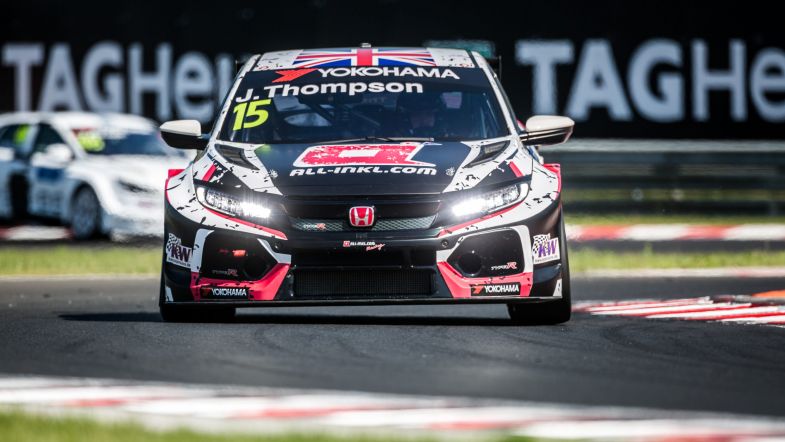 Münnich Motorsport will field just two cars this weekend at the Slovakiaring, with the #15 Honda Civic TCR of James Thompson having been withdrawn.

The team will run just Yann Ehrlacher and Esteban Guerrieri this weekend, with Thompson effectively missing his second consecutive race weekend when his Civic was unable to take part in the the races in Portugal. Thompson’s car sustained heavy damage in the aborted first start for Race 1 at Vila Real.

Thompson is unavailable for the rescheduled race meeting, but the team will return to a three car effort for the rest of the season. Team principal René Münnich is pencilled in to take over in later rounds, but has often used his name as a placeholder in the past.

The entry is therefore reduced to 26 cars this weekend, with just four Hondas on the grid, the two Münnich cars, and the two Boutsen Ginion Racing Hondas of Benjamin Lessennes and Tom Coronel.