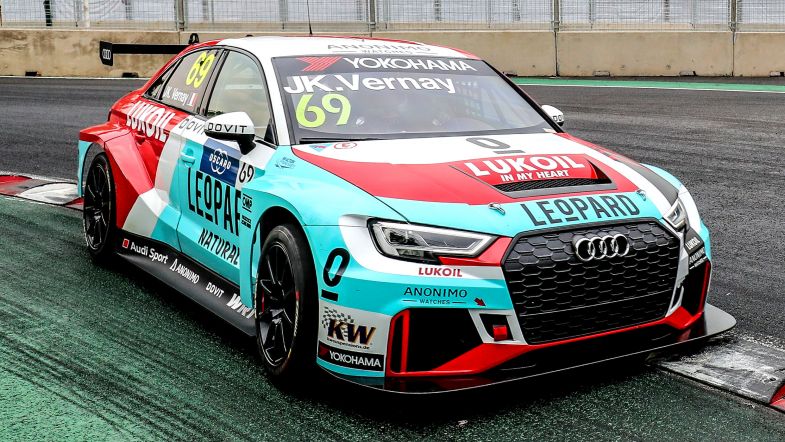 Team WRT’s Jean-Karl Vernay was frustrated with the race stewards after he was hit with a drive-through penalty for contact with the DG Sport Peugeot of Aurélien Comte, which he says has ruined his championship challenge.

Vernay’s Audi and Comte’s Peugeot 308TCR came together at the start of the race, with the Peugeot stuck in one of the barriers and collected by a number of chasing cars, putting five drivers in total out of the race and causing an eight-lap safety car period.

“At the start I got ****** pretty much. I couldn’t go anywhere and unfortunately touched (Aurélien) Comte, and when we touched he just jumped into the barrier,” said Vernay to TouringCarTimes.

“Then I got a drive-through penalty, and the stewards are really tough let’s say, when you see that some guys can do anything they want. I’m disappointed. It’s not like I deliberately pushed him out, I was in front of him, we just touched and he went in the wall.

“With a drive-through there’s no opportunity to talk about it, they could have waited until after the race.

“It’s disappointing as it’s ruined our chance for the championship and to score big points.”

2017 TCR International Series champion Vernay has now moved up to fifth in the championship, but was set to leave Wuhan fourth in the points without the drive-through in Race 3.