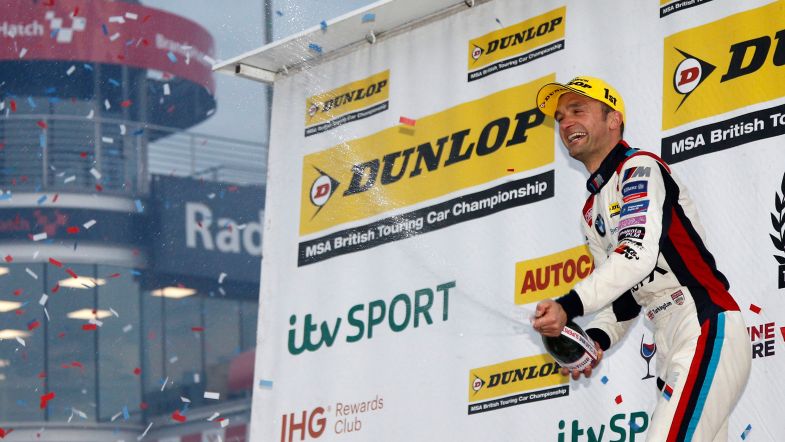 The World Touring Car Cup (WTCR) grid is set to be bolstered even further next year, with a number of multiple champions linked to joining the already superstar-status grid, with three-time World champion Andy Priaulx and three-time British champion Colin Turkington set to join the fold.

With the 2018 season already featuring some of the biggest names from touring cars’ past and present, with 2018 seeing the return of Yvan Muller, Fabrizio Giovanardi and Gabriele Tarquini, joining established stars Rob Huff, Norbert Michelisz and Thed Björk among others.

At the top of the list of the rumoured returnees is Andy Priaulx, with the 2005–2007 WTCC drivers’ champion linked with a return to front-wheel drive touring car racing, the first time since he was a factory Honda driver back in 2002 in the BTCC.

The Guernseyman currently races with Ford in the World Endurance Championship, an is understood to already have a confirmed factory contract for the 2019 season.
Also linked with a return to World Touring Cars is Colin Turkington. The Northern Irishman made the switch to the WTCR predecessor the WTCC in 2010 after winning his first BTCC title, taking his first win at Okayama in Japan that year with West Surrey Racing. He then made occasional outings in 2011 and 2012 alongside a year in the STCC before returning full time to the UK from 2013, going on to win the 2014 and 2018 titles.

Turkington was in the WTCR paddock at the most recent round of the championship at Wuhan, where he was driving with the factory SAIC Volkswagen team in the supporting China Touring Car Championship. The 36-year-old is understood to have a firm offer to join the WTCR, which may be his best option as his BTCC squad West Surrey Racing’s 2019 programme is yet to be confirmed, with BMW UK’s sponsorship deal yet to be renewed.

With two-time DTM champion Timo Scheider also a recent addition to the grid, racing with Munnich Motorsport, the prospect of a championship of champions for 2019 in the WTCR’s second season seems ever more likely.