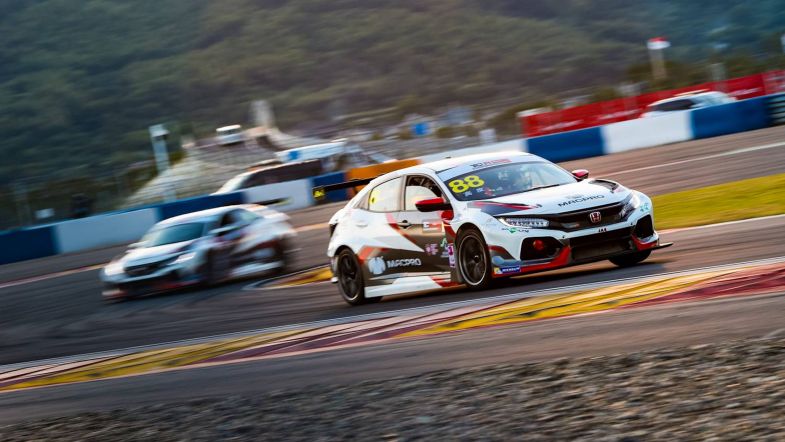 Former Macau Grand Prix winner André Couto heads a total of six wild card drivers who will join the grid for the final rounds of the FIA World Touring Car Cup on the challenging Macau streets next month.

Couto has been nominated by the TCR China promoter – at the invitation of WTCR promoter Eurosport Events – to take part in the event as the representative of title-winning entrant MacPro Racing Team.

Filipe de Souza, Lo Kai Fung, Lam Kam San, Kevin Wing Kin Tse and Rui Valente were among a number of drivers to apply to the Macanese ASN, the AAMC, to take part in the three races, and have now been granted entries following approval by the FIA.

De Souza and Lam will race the Audi RS 3 LMS for Champ Motorsport, whilst Lo will drive a similar car for TSRT Zuver Team and Tse will be running with Teamwork Motorsport.

Valente will line up in a Volkswagen Golf GTI TCR for PCT-IXO Models Racing Team, with Couto in a Honda Civic Type R TCR.

“Although we always managed to welcome one or two drivers from Macau during the TC1 era, the cost and scarcity of the former WTCC cars did not make it easy for local drivers to join the Macau grid,” François Ribeiro, Head of Eurosport Events, said. “Given the amount of TCR cars running in Asia, the scenario is now very different from the TC1 regulations. We have received around 20 enquiries from local drivers but we obviously could not accommodate them all.

“As well as counting as the Guia Race, WTCR Race of Macau is the deciding event of the 2018 season with prestigious FIA titles up for grabs. We have therefore worked closely with the FIA, the Macau ASN and the TCR China promoter to ensure the drivers handed wildcard status are ready for the high-level competition they will face, and will be capable of qualifying within the lowered 105 per cent limit. With 31 cars on the grid, the Macau finale promises to be a great spectacle with all the action live on television around the world.”