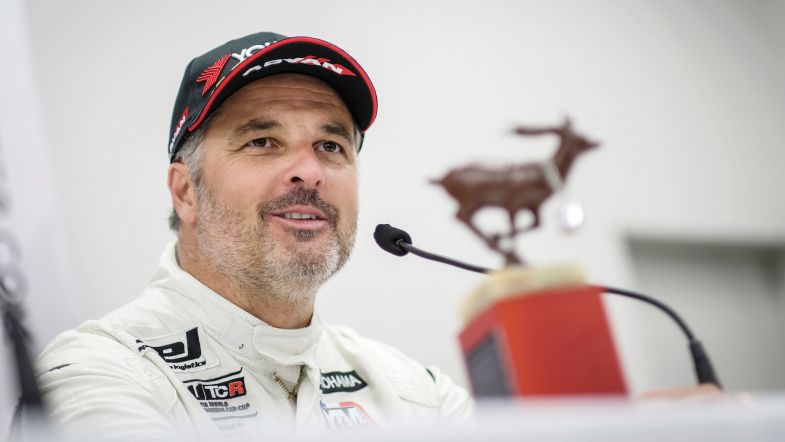 Yvan Muller has said he could well be back on the grid next year, after getting the racing bug again, while the 49-year-old heads to the season finale at Macau in close contention for a fifth world touring car title.

Muller had announced his retirement at the end of 2016 while driving for Citroën Racing, and then joined Polestar Cyan Racing last year in an advisory capacity before being drafted in at the season finale to support Thed Björk’s title challenge at Qatar.

This year, in order to bring his team to the grid, the programme required him to return to the field, driving the Hyundai i30 N TCR alongside Björk at his YMR team, and while he expected this would be a one year thing, he’s not closing the door on returning next year.

“I don’t know yet (if I’ll race next year yet),” said Muller to TouringCarTimes. ”I won’t say no. I didn’t want to race this year initially, but if I wanted my team in the championship I needed to race, and by surprise I’ve found I’ve enjoyed it. My speed is not so bad, and it looks like I can still fight for titles.”

After Saturday’s race at Suzuka, Muller was tied for the championship with rival Gabriele Tarquini, before dropping 39 points behind on Sunday, with 87 points still available at the season finale at Macau next month.

“Mathematically the title’s still possible, but think it’ll be a bit complicated,” he said. “But Macau is Macau, the capital of gambling, so we never know.”