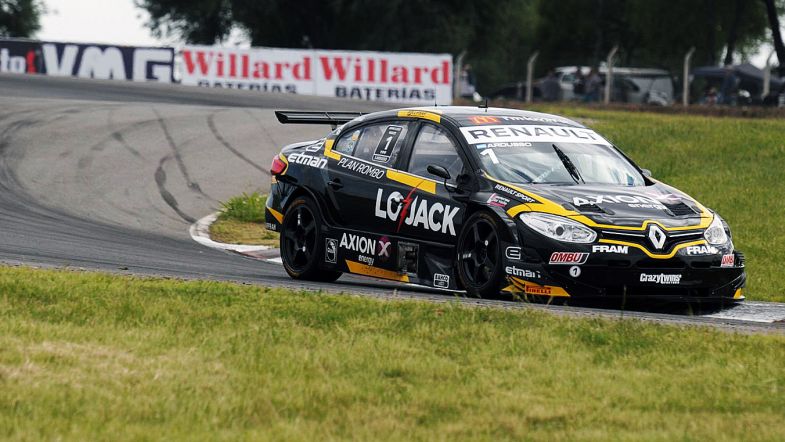 Ardusso became the second driver to claim two straight titles since the rebrand of the Super TC 2000 championship in 2012 alongside Néstor Girolami who did so in 2014 and 2015 for Peugeot.

Agustín Canapino was the sole driver able to challenge Ardusso for the title in the race. Ardusso needed to finish within the top six in order to secure the title no matter where the Chevrolet rival finished.

Werner challenged Ardusso at the start and claimed the lead, leaving the Renault driver in second place. Canapino tried to pass Renault Sport driver Leonel Pernía for third and managed so after light contact between the two.

Werner quickly established himself in a comfortable lead, nearly three seconds away from Ardusso and Canapino after only four laps of 27.

On lap seven Ardusso reported to his team over the radio that he had an issue with the hydraulic steering. However, it showed no impact on his lap times during following laps.

Toyota Gazoo Racing Argentina’s Matías Rossi suffered an engine failure on lap 11, retiring from seventh place. At the same time Pernía, Ardusso’s team-mate, had to pit from fourth due to a blown tyre.

Bernardo Llaver of Chevrolet YPF spun off track and brought the safety car out on lap 16.
The race was restarted on lap 19 and Canapino tried to attack Ardusso for second place but instead invited Peugeot driver Néstor Girolami to attack him.

The restart on lap 22 saw Canapino overtaking Ardusso for second with a brave move and the two seemed to make contact in the process.

Peugeot driver Girolami chased Ardusso for fourth and overtook him at turn three on the final lap, seeing also Chapur going past the Renault driver who took no risks.

Werner claimed a comfortable win ahead of Canapino and Girolami, with Chapur and Ardusso behind them. Renault driver Emiliano Spataro finished sixth ahead of Team Peugeot Total Argentina driver Muñoz Marchesi.

Ardusso claimed the title on 241 points with Canapino claiming the runner-up spot on 230 points.