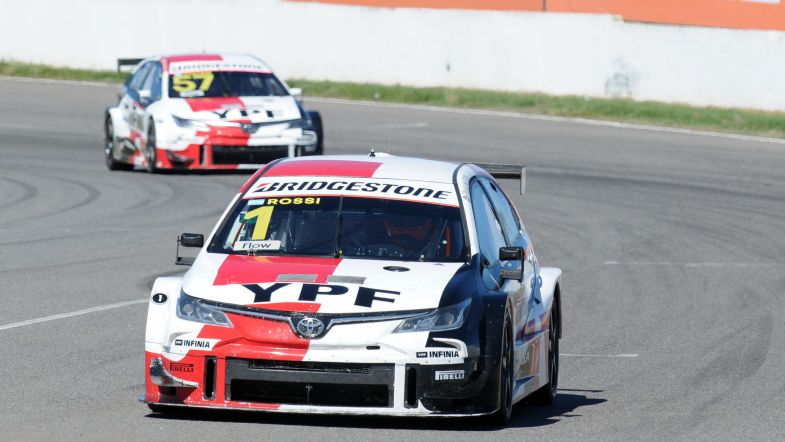 Toyota Gazoo Racing Argentina celebrated a 1-2 at Córdoba led by Matías Rossi, who returned to Super TC2000 championship after missing the previous round as he was recovering from COVID-19. He was followed on the podium by Franco Vivian and Chevrolet YPF’s Bernardo Llaver.

Facundo Ardusso (Honda Racing) started from third position behind pole man Vivian and was able to get the jump on his Toyota rival to take the lead. Matías Milla (Renault) meanwhile stalled on the grid, starting from second place.

Rossi made a strong start, going from sixth to third on the first lap.

Ardusso faced trouble early on as his Push-to-Pass system failed, so Rossi and Vivian were soon able to overtake the Honda driver.

Points leader Leonel Pernía made strong progress from eleventh on the grid to climb to sixth position in the first part of the race.

Juan Angel Rosso (Honda Racing) spun off track as the race neared its end and forced the safety car out on track. The restart saw no major changes to the positions.

Rossi won the race one second ahead of Vivian, with Llaver and Pernía in third and fourth respectively.

Pernía heads the standings on 52 points while Rossi has climbed up to second place, four points behind, despite missing the previous round due to covid. Canapino is third on 38 points.

The next Super TC2000 race will take place at the San Nicolás circuit on May 1-2.