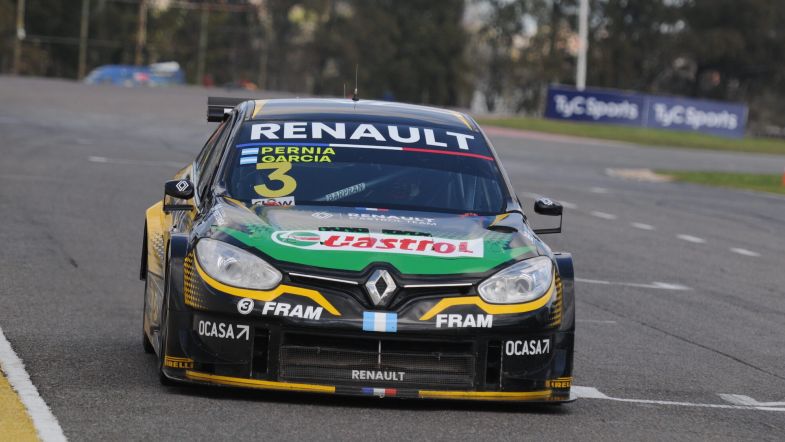 Honda Racing had 2001, 2003 and 2005 champion Gabriel Ponce de León running in sixth position at the beginning of the race behind the wheel of Facundo Ardusso’s Civic, soon closing in on Bernardo Llaver of Chevrolet YPF for fifth position.

Ardusso retired shortly after due to a loose wheel nut.

Pernía entered the pits two laps later from the lead and left the seat for 2016 junior TC2000 champion Antonino García. Rosso inherited first place on track until he came in on lap 31 and handed over to TC2000 driver Facundo Marques. Risatti overtook Marques for second shortly after the stop.

Matías Milla passed Marques for third as the race neared its end.

On lap 56, López suffered the same struggle as Ardusso with a loose wheel nut and retired from seventh position.

Pernía has claimed the lead of the standings’ on 141 points, followed by Canapino on 127 and Rossi on 107.

The next Super TC2000 round will be held on September 26th at the San Juan Villicum circuit.