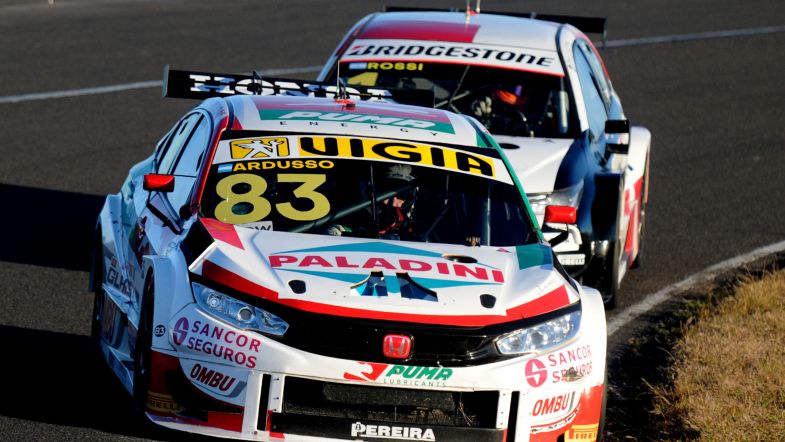 Honda Racing driver Facundo Ardusso won the Super TC2000 race in Paraná and was joined on the podium by the Toyota Gazoo Racing duo of Julián Santero and Matías Rossi.

Agustín Canapino of Chevrolet YPF started on the front row behind Santero but overtook him for the lead at the start.

Privateer Citroën driver Juan José Gárriz moved up from fourth to second with a strong start while Matías Milla of Renault Sport and Fabián Yannantuoni of Honda Racing dropped back after starting on the second row.

Rossi, who started in ninth, made strong progress to move up to third early in the race. It didn’t take long until he got past Gárriz for second as well.

The leading duo of Rossi and Santero pulled away as the race progressed, as Ardusso managed to overtake Canapino for third and was later able to catch the leading Toyota duo by using the “Push to Pass” function.

Ardusso won the race eight tenths ahead of Santero and five seconds ahead of Rossi, a race that was named the “Carlos Reutemann Grand Prix” after the death of former Formula 1 driver.

Ardusso is back at the top of the standings on 94 points, followed by Rossi on 85 and Santero on 83.

The next Super TC2000 round will be held on August 14-15th at a yet to be confirmed venue.